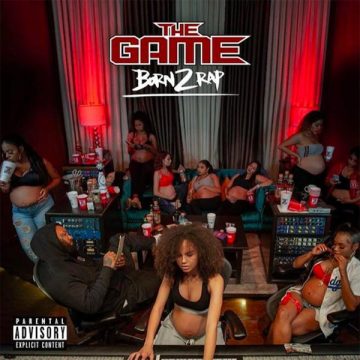 The Game’s resilience and longevity is set on display on his newest album Born 2 Rap. The album comes as the ninth installment in the rap veteran’s almost perfect discography. Surviving a slew of public setbacks and the loss of great friends, Game shows his endurance on the exhausting 25-track album. The two-time Grammy nominated musician has flexed his ability to create a compelling body of work since his 2005 debut “The Documentary”. The double platinum album would set the foundation for the Compton rapper’s heavily decorated career with multiple platinum singles and albums. Born 2 Rap follows up after the 2016 album release, 1992. Tying with such artists as Drake, Tupac, and Lil Wayne for top albums, Game is more than deserving of his flowers.

Born 2 Rap is supposedly Game’s last will and testament; he claims this album will serve as his last. In typical Game fashion, the album is compiled of draining name drops, industry flexes, and West Coast gang-banging bravado. Laced with sample-heavy 808 banging production, his lyrical strength and versatility is put to the test. On tracks like “Rewind II”, the rapper drops bar after bar in reverse, putting his cunning lyrical abilities on display. Considering this to be his last album, Game does a lot of reflection and soul searching. On tracks like “Gucci Flip Flops”, he mourns the loss of his father earlier this year, while familial ties come to a head on “Blood Thicker Than Water”. Of course, it wouldn’t be right without not only a feature from the late Nipsey Hussle, but a song dedicated to the artist, which would be one of the hardest losses for Game this year.

Born 2 Rap enlists features from a few notable artists such as Anderson Paak, Dom Kennedy, Chris Brown, Bryson Tiller, and yes, even Ed Sheeran. Each feature is perfectly orchestrated, matching the tempo and theme of the track. Party song “Gangstas Make the Girls Go Wild” enlists a hook from Chris Brown over playful West Coast-inspired production. On “Dead Homies” and “West Side”, Game relives a life of gang-banging through hardened and menacing bars, “Step off the porch/Rag hangin’ West Side/That’s what we banging”.

Though there is a track for everybody on this album, a 25-song album is a little exhaustive. Alternatively, 1992 boasted a captivating 17 tracks and we’re also currently in a trend of short but sweet projects. Game may have overextended himself with 25 tracks, creating space for a couple of throwaways on the album; by the time you get to songs like “One Life” and “Roadside”, the thrill is gone. While many of the greats have begun to transition into retirement, the mismatched composition of songs leaves a lot to be desired.

Brianna Lawson is a lover of all things music (good music of course). Hailing from Fayetteville, NC byway of Charlotte, NC, she likes to lift heavy things and discuss the essence of hip-hop in her spare time.
RELATED ARTICLES
album reviewalbum reviewseone music
9.0