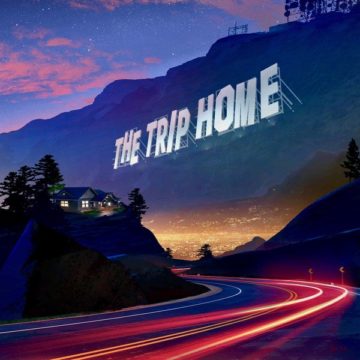 For over 20 years The Crystal Method has been at the forefront of the dance music scene of the electronica movement of the nineties. Starting out as a duo, alongside retired founding member Ken Jordan, The Crystal Method today is now a solo act featuring co-founder Scott Kirkland in control. The Trip Home is the sixth full length Crystal Method Album, the first with Kirkland as a solo act, and the next chapter in their career. The album is billed as a love letter to the electronic world and Kirkland reached into decades-scanning discography as well as exploring new uncharted territories. “I wanted to create a timeless concept album,” says Kirkland. “An album that reflects what’s going on in my life right now and a vision that brings The Crystal Method sound forward and shapes it in a new way…every song has a different BPM, different emotions and different elements.”

The result is a sound that melds classic Crystal Method roots while pushing its possibilities into the future, and shows that Kirkland hasn’t lost his unrestrained curiosity into the realms of new sounds.

Key cuts on the 12-cut album include the urgent “Moment of Truth,” “The haunting “Ghost in the City” that just might have pop potential, and the second single “There Is A Difference,” featuring Crystal Method’s long-time Las Vegas buddy Franky Perez on vocals.

Gerry Young is President of Current Records and Management, and author of the 2011 biography Pop Goes The Weasel: Rock And Roll Off The Record, available at Indigo/Chapters, Barnes & Noble, and Amazon.com. He has recorded and managed Juno Award winning bands Martha And The Muffins and The Parachute Club among others.
RELATED ARTICLES
album reviewalbum reviewsthe crystal method
7.0