SPILL ALBUM REVIEW: THE CAMINO SIDE PROJECT – OF MOVEMENT & MUSIC 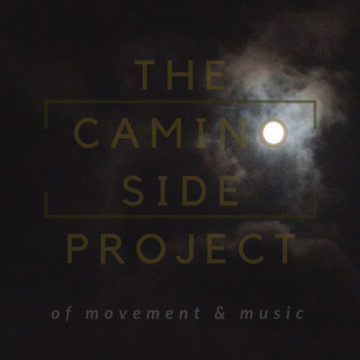 The Camino Side Project
Of Movement & Music
Paul Farran Music

Montreal’s Paul Farran has quite an interesting story, and instead of picking up a pen, paintbrush, or mobile camera, he has decided to tell it in the form of a musical travelogue. The result is his debut album, Of Movement & Music, released under the name of “The Camino Side Project”.

Though Farran calls it a side project, it could certainly become his main focus, because based on the album, he has all the necessary prerequisites to write good music. The story itself involves his time working for the U.N., when he lived in Rwanda, Afghanistan, Zimbabwe and Vietnam. To top it off, Farran and his wife took a 400-mile-long “stroll” down Spain’s Camino de Santiago in 2008, and held their marriage ceremony at the end of the journey.

The music itself runs quite a wide gamut, including the simple blues of “The Autobiography of Mr. Boern” (where Farran’s voice picks of shades of Leonard Cohen), folk moods of the opener “Right Here”, traces of post-rock in the instrumental “Silent Picture” and the riff-oriented “Jam in the Bus Lane”.

It actually all gels quite well into a musical unity, recording Farran’s journeys without resorting to any worn clichés, while still sounding familiar to the ear.

SPILL ALBUM REVIEW: THE CAMINO SIDE PROJECT – OF MOVEMENT & MUSIC