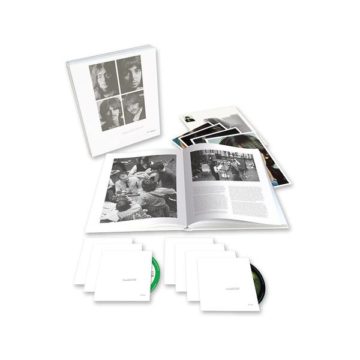 1968. Martin Luther King and Robert Kennedy were both assassinated, The Soviet Union invaded Czechoslovakia; France had the Winter Olympics and Intel was founded. The Beatles, meanwhile, launched their own record label, Apple, with the single “Hey Jude”. On November 22, 1968 they released The Beatles, which is really known as the White Album. Gone was the psychedelia of Sgt. Pepper’s Lonely Hearts Club Band and Magical Mystery Tour, and in its place was a pure white sleeve, with The Beatles embossed on the cover and originally each copy came with its own individual number. It was presented as a work of art, because it was perhaps the greatest work of art ever created.

Early in 1968 the four Beatles spent a great deal of time studying Transcendental Meditation with The Maharishi in India. Between studying, all four had time to write songs, and write they did. Enough for a double album set. The greatest double albums set ever released. It seemed simple, a plain white sleeve, but inside fans were treated to a poster, four individual photos and two albums worth of some of the most diverse and unique music recorded at that time which still stands true today. No, this was not a simple rock album, this was The Beatles.

The Beatles recorded the album from May until October 1968, and finally, in celebration of its 50th anniversary, we can hear the work that went into this masterpiece, from demos to alternate takes to the final, brilliant completed album. The first two discs feature the 2018 Stereo Mix. This is the third official mix of the album, following the original stereo and the mono. Compare the stereo to the mono versions and there are a lot of differences. The mono version is included on the Blu-ray. This would be the last album The Beatles mixed for mono and they spent more time mixing the mono than the stereo version.

The new mix is crisper, cleaner and astonishing. The vocals come across clearer than ever before, and The Beatles sound contemporary. These songs are ageless. They were not trying to fit into the 1968 sound (whatever that was) but were creating their own genre. Give a listen to “While My Guitar Gently Weeps” (a song that, for better or for worse invented stadium rock) or “Everybody’s Got Something To Hide Except Me And My Monkey”. Lennon sounds panicked as he sings and McCartney’s bass is sublime. And this is just two of the songs. 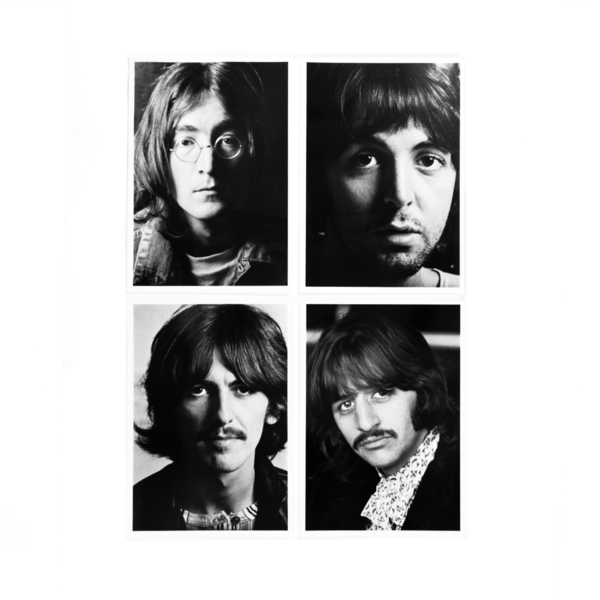 Disc three features the entire Esher Demos. The Beatles gathered at Harrison’s house in Esher, and demoed the songs they had been writing. This disc redefines ‘unplugged’. Stripped down, acoustic versions of most of The White Album songs. But there are also some true gems that did not get released until much later. Fans will finally get a chance to hear “Child Of Nature”, which Lennon later turned into “Jealous Guy”, and it is brilliant. Or Harrison’s stunning “Circles” that did not surface until 1982’s Gone Troppo. Or Harrison’s demo for “Sour Milk Sea”, a song he gave to Jackie Lomax to record for Apple records (it would be Lomax’s debut single, produced by Harrison, and featuring Harrison,  McCartney and Starr). The treasures are limitless. These demos are almost mythical in nature and long awaited since some of them were released on The Beatles Anthology 3.

The last three discs are sessions. Here we get to hear these songs come together. There are unreleased songs here as well. “Blue Moon (Studio Jam)”, “St. Louis Blues (Studio Jam)”, “You’re So Square (Baby I Don’t Care) (Studio Jam)”. As interesting as these are (and they ARE interesting and welcome additions to The Beatles catalogue), it is the early takes of White Album songs and others that are absolutely marvelous. Listen to the early version of “Let It Be” or the stripped down “Martha My Dear”. It is not only brilliant to listen to but also simply fascinating. Some of it has never been bootlegged, but give “Can You Take Me Back” a listen to and realize that it is much more than a short bridge leading into “Cry Baby Cry”.

Many will see this rerelease as a cash grab, or ask what is the point? Well, the point is that fans finally have a chance to peek behind the curtain and in a very small way witness The Beatles and their creative process, much like the Sgt Pepper’s Lonely Hearts Club Band set from last year. The Beatles (White Album) is a work of art, an album that has grown in stature as it ages. It went to number one when it was released (of course) but there were some thoughts that it should have been a single album. I say this is nonsense. Everything on this album is absolutely essential. From the opening jet of “Back In The USSR” to Ringo whispering “good night” at the end of the last song on the album, “Good Night”.

How about “Good Night” as the final song? I have not even addressed the sequencing of this work. “Good Night” follows the absolute terror of “Revolution 9”. The album has a flow that has never been equaled. The Beatles reportedly spent a great deal of time on the ordering of songs for this album, and it shows. Each side ends with a soft mellow song, and the sides open a bit harder or more upbeat. That is why it works better on vinyl than CD. Each side is like a suite of songs that connect. The Beatles put a great deal of thought into The Beatles. There is no way this could have been a single album, no way. The Beatles is perfect as it is. All four were in top form in their instrumentation and their writing. I am glad it is back and in this form.

Please note there are many variations of The Anniversary Editions, designed to suit your budget and level of interest.