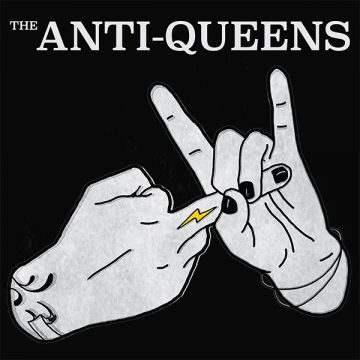 Having recently signed with the Montreal-based Stomp Records, The Anti-Queens have almost immediately demonstrated – and rightfully so – that they are more than simply being a staple among Toronto’s up and coming rock scene. Having spent much of 2019 touring across North America, the punk band are releasing their debut full length album their first release since 2015’s Start Running EP, Self-Titled.

Having initially heard the lead single, “Worse Than Death”, a catchy straight ahead punk banger which leans slightly more towards pop punk, I was excited to check out Self-Titled. The track was catchy as all hell with an infectious melody backed by a hard hitting and building structure. That being said, the opening three songs “Mean Genes”, “Miss Scarlet”, and “Game Over” completely blew me away with their gritty, aggressive, and chaotic energy. This is punk rock: angsty, heavy, and raw. While obviously influenced greatly by The Blackhearts, The Runaways, and The Distillers, perhaps even The Stooges and early Queens Of The Stone Age,it is clear that unlike many aspiring punk outfits The Anti-Queens are striving for and achieving a sonic identity that feels both nostalgic and innovative, while remaining unmistakably their own.

Beyond the opening tracks and lead single, Self-Titled stands as a stellar release. From the moshing shuffle of “Small Victory” to the shifting pulse of “I’m So Sorry Babe”, or the riff heavy “Not What It’s Worth” to the grungy “Leave Me Out” and “What Do I Know”, The Anti-Queens prove to be versatile within the punk genre in a manner which pushes at the boundaries of the style. Self-Titled is a record brimming with crunchy guitars and throaty vocals, oddly layered with lush harmonies rarely found in such gritty punk rock, which makes for an incredibly well-written and well-recorded album.

Without a doubt, The Anti-Queens have established themselves to be far more than an essential part of Toronto’s rock scene, but arehands-down the most promising and exciting up-and-coming punk band there is. Self-Titled is a record that proves exactly this, with a driving sense of passion and hunger; a relentless need to demonstrate their worth, and surpass your expectations. Sit back, give it a spin, and be blown away by one of the best bands to come out of Toronto as they begin to break out onto the international stage.

A passion for music has always been a part of Gerrod’s life. As a young boy, he was raised on a steady diet of the music from The Chili Peppers, Aerosmith, The Stones, Prince, and others from his mum. Raised in the GTA, Gerrod continued to foster his love for music by attending a wide range of concerts and learning the drums. His unapologetic passion for music has no bounds and has spread to a wide variety of styles, whether it be the 90’s rock that sound tracked his teenage years, the jazz he studied in university, or his newfound love for hip-hop. He recently received his bachelors in music and education from York University and is passionate about writing and reviewing good (and less than good) music. Gerrod is also the drummer and songwriter for a Toronto based rock & roll band, One In The Chamber.
RELATED ARTICLES
album reviewalbum reviewsstomp records
7.0