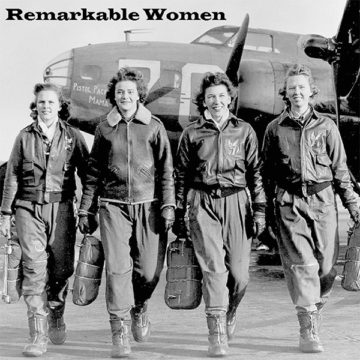 Terry Draper, one third of Klaatu, returns in less than a year from his last release Window on the World (The Lost ‘80’s Tapes), and with this release, Remarkable Women is a collection of old and new songs.  Some brand new, some that have been sitting on a shelf, and to fill out the album, some songs from his previous albums that fits the title Remarkable Women.

As with Window on The World (The Lost ‘80’s Tapes), Draper is marketing this release on a guitar shaped USB, which features the credits for the songs, wonderful graphics to go with each song and other great information about the songs.  It is also available as a download and a CD, but the format is very cool and the download and CD does not have the extra features that the USB has.

This is not a concept album, rather a thematic album. Songs about remarkable women, and truly the songs fit together and form a strong, flowing album.  The new and old songs do not clash and in fact each song compliments the next, until the conclusion, “She’s All Mine”, a beautiful song about Terry’s wife. It is a love song, albeit with the typical Draper lyrical twist. It simply must be heard featuring some of Draper’s finest vocals. The song just cooks!.

Other songs come from literature (Poe is the reference point for “Annabel Lee” which originally appeared on Window On The World), history ( a new song, “Amelia” about Amelia Earhart and a preview of a musical Draper has written the music for, Let’s Write A Musical About Amelia) and all points in between.

Draper writes incredibly melodic music and knows how to turn a phrase. This is demonstrated throughout the album  “Amelia” has a fantastic melody, as does the title track “A Remarkable Woman”.  “Pour Soleil” could be the most beautiful melody Draper has dreamed up in his lengthy and established career (for perspective, this guy has produced (this is his ninth album since leaving Klaatu, not to mention numerous singles and EPs, more than double the output of Klaatu).

Draper also plays many instruments on this album, and one forgets that this guy started as a drummer.  His piano and keyboard playing, as well as guitar playing is inspirational at times (he does have help throughout the album), so to think that he got his start playing drums seems unbelievable.

My only complaint about this album is that it does not include his latest single, “The Rain”, an incredible song. Now, I know that it does not fit the theme of Remarkable Women, but it is such a great song. That is a small complaint.

This is a great album. Another wonderful album to add to the Draper catalog and one that can be played repeatedly without getting boring. The music is quite diverse (ballads to rock) and as always he write top notch lyrics.  A brilliant album.

Born and raised in Whitby, Aaron discovered music through his love of The Beatles. This led to a career in radio, writing for various publications, and ultimately a radio show about The Beatles (Beatles Universe), which ran for over four years. When not immersed in music, Aaron enjoys spending time with the loves of his life -- his wife Andrea, and daughters Emily and Linda (all of whom have an intense love of music too).
RELATED ARTICLES
album reviewsklaaturemarkable women
7.0