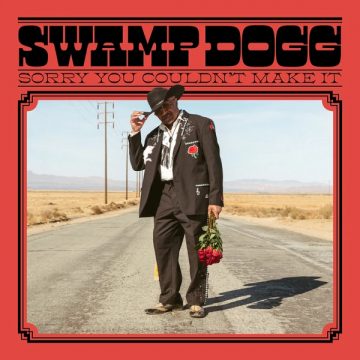 Jerry “Swamp Dogg” Williams (Jr.) began recording at the age of 12 in 1954 and has gone on to record disco, country, rock, blues, and soul music. After dropping out of the limelight, he made a (reasonably) triumphant return with 2018’s ‘Love Loss And Autotune. Right from the very first notes of the opening “Sleeping Without You Is A Drag”, it is apparent that Swamp Dogg himself is in top form, with its melancholic southern soul sound close to what the man himself is best-known for, with piano by Justin Vernon of Bon Iver and guests from Poliça, whose Ryan Olson is once again this album’s producer. `

Veteran John Prine also turns up on “Memories” and on the wistful duet “Please Let Me Go Round Again”, informing the listener that country forms a substantial part of this album, although to be strictly accurate perhaps it is more country/soul. Check out both “Don’t Take Her (She’s All I Got)”, which was a big hit for Johnny Paycheck in 1971, or “I’d Rather Be Your Used To Be” for a couple of perfect examples. Williams recalls that the radio stations did not start playing African American music until after his bedtime when he was young, so he grew up on country music.

“Good, Better, Best” has a strong Muscle Shoals feel, with a wonderful vocal by Dogg himself. “Family Pain” blends the tight, controlled, mid ‘70s Bobby Bland sound with country fiddle and guitar, the ballad “I Lay Awake” is gospel-tinged, and “Billy” is a real country-weepie! Swamp Dogg has never been afraid to do the unexpected, and has frequently made a success of it. That is certainly the case here – yet again.

The Spill Magazine is a Toronto-based online publication dedicated to covering the independent music scene with a strong focus on our thriving hometown talent. Our writers bring you up-to-date news, in-depth features on musicians and reviews for the latest CD releases. We also travel to the front lines for all local festivals including Canadian Music Week and North by Northeast. Don’t forget to check out our Facebook and Twitter pages for all daily Spill updates.
RELATED ARTICLES
album reviewalbum reviewsjoyful noise
9.0