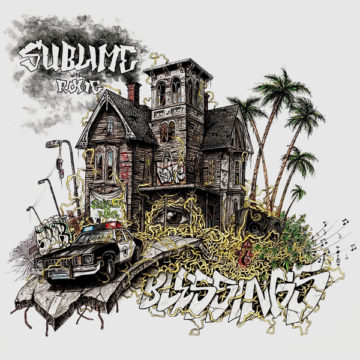 Sublime With Rome’s third release, Blessings, may be their most triumphant release to date. The group has moved far past their predecessor Sublime, forging their own lane while staying true to what got the original members in the game. Rome’s vocals and lyrical stylings bring new life to a group that will forever be in the hearts of music lovers everywhere.

There aren’t many sounds that can make you feel as good as a well-performed reggae song. This entire album gives one the feeling that everything is going to be alright. Rome’s style utilizes templates of popular rap music on songs like “Blackout” and “Wicked Heart”, while keeping the sound that Sublime With Rome is known and loved for. The single “Light On” demonstrates the feeling the album gives off. I couldn’t help but feel anything but positivity while smiling from ear to ear, and bouncing around my studio apartment as this album played. Blessings deserves recognition for its ability to stand alone as a great effort by some guys who have perfected their craft.

J.D. McIvor is a journalist covering Arts & Entertainment whenever possible. Serving a genuine passion for the arts, McIvor is constantly looking to bridge the gap between creativity and the importance it plays in our everyday lives.
RELATED ARTICLES
album reviewalbum reviewssublime with rome
8.0