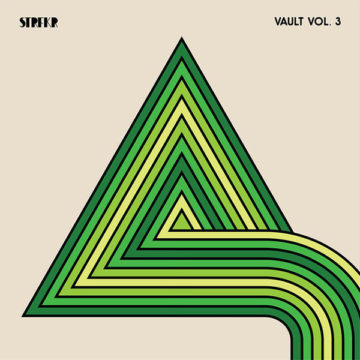 Vault Vol. 3 is the third installment in STRFKR’s Vault series. Packed with previously unreleased tracks that have been salvaged from frontman Joshua Hodges’ dying laptop, the Vault series offers insights into the experimentation and inspiration behind STRFKR’s sound.

The opening track, “Shot Gun,” begins the album with a tinge of musique concrète as sampled voices and phone ringers meld with upbeat synthesizers to create an energetic and danceable tune. Further into the Vol. 3 things start to sound a bit more familiar with songs like “Vincent’s Dancer” and “Alaska” packing riffs and tones that are reminiscent of STRFKR’s previous releases. These early demos provide valuable insights into the creative process behind STRFKR’s decade-spanning back catalogue.

While many of the songs on Vault Vol. 3 carry STRFKR’s standard brand of indie-synth pop, a few tracks do deviate from the norm and give a more cacophonous and experimental sound. On tracks such as “Lunar Sunrise” and “Bla”, vocal samples are featured heavily as wildly swinging synthesizers layer to create some of the most memorable and complex moments within the entire Vault series.

Many of Vol. 3’s nineteen songs are purely instrumental however a couple of tracks do manage to incorporate hints of the intelligent and often maudlin lyricism that Hodges is known for infusing within his songs. In place of sung lyrics, many of the Vault’s songs feature vocal sample. These include most notably lectures by Alan Watts whose philosophical ideas have been spliced into STRFKR’s albums stretching back to their 2008 self-titled debut.

Despite the Vault series being intrinsically less “finished” than most of STRFKR’s studio releases, these collections of lesser known songs add immensely to the appreciation that you can have for the audio products that STRFKR creates. Taken in its entirety, STRFKR’s Vault series is an undeniably quirky and enjoyable menagerie of songs that play an essential role within STRFKR’s ever-growing discography.

I am an Edmonton based musicophile and photographer who loves experiencing music whether it's live or on my turntable. I play seven instruments and go to a lot of concerts.
RELATED ARTICLES
album reviewspolyvinylstrfkr
7.0