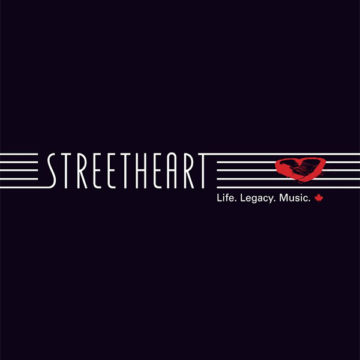 Life.Legacy.Music is the perfect summer compilation. Streetheart was a radio staple in the late 1970s throughout the 1980s on AM and FM radio, with a number of hits which continue to be radio staples today and rightfully so. It produced some of the finest pop/rock albums of that era, creating perfect pop songs for AM. Streetheart’s album cuts allowed the band to show more of its rocking side.  Life.Legacy.Music is not the first Streetheart compilation, but it is the best. For this compilation, it is most of its singles, two album cuts that were radio favourites and one new song featuring their original vocalist to make the collection even more attractive.

Sequenced chronologically, the album kicks off with “Action”, their first major hit single. It sounds as exciting and energetic as it did in 1978. It is a great way to get the listener set for the songs to follow, including their hit versions of “Under My Thumb” and “Here Comes The Night”. Interestingly, instead of the original studio version of “Hollywood” they have included the live version recorded in 1983, originally found on the live album Live After Dark (1983). An interesting choice, and not a bad one, as the live version is very exciting.

The two album tracks that were turntable hits and two songs I would have thought would have been released as singles at the time are “Miss Plaza Suite” (Streetheart, 1982) and “Teenage Rage” (Drugstore Dancer, 1980). Both songs received a great deal of airtime and it is quite good to hear the songs again. They fit very nicely on a greatest hits collection.

The new song on the album, “Nature’s Way”, is a cover of a song by Spirit. It is also the last recording featuring the original lead singer, Kenny Shields, who passed away in 2017. The song sounds like classic Streetheart. Shields’ voice is fantastic, and the performance here by the band is tight. In the end, it is a perfect way to end the compilation. It closes off one chapter and allows the band to embark on a new one with their new lead singer, Paul McNair. Wisely, they did not include any songs with him singing lead on this album, as that would not have fit into the overall theme.

Life.Legacy.Music is a brilliant greatest hits package and represents not the best of Streetheart but their best known songs. Streetheart was always a premiere band. This album demonstrates why it is so respected and why the band’s appeal endures. This is a band that has featured many brilliant musicians and always cared a great deal about what they released. This album not only demonstrates this talent but also for some will bring back many memories. It is also a nice way to pay tribute to a brilliant vocalist, Kenny Shields.

Born and raised in Whitby, Aaron discovered music through his love of The Beatles. This led to a career in radio, writing for various publications, and ultimately a radio show about The Beatles (Beatles Universe), which ran for over four years. When not immersed in music, Aaron enjoys spending time with the loves of his life -- his wife Andrea, and daughters Emily and Linda (all of whom have an intense love of music too).
RELATED ARTICLES
album reviewalbum reviewslife.legacy.music
9.0