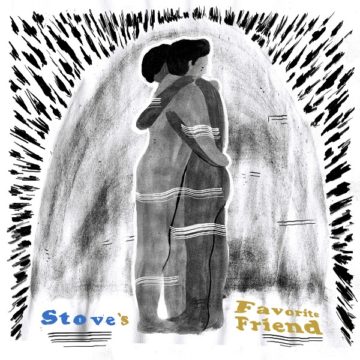 Combining pop melodies with a wall of guitar noise is a trick as old as indie rock itself. It’s a style that Steve Hartlett has been working in for years now, first with Ovlov and now in Stove. Their newest, ‘S Favorite Friend, could have sounded like a rebrand of either their obvious ‘80s and ‘90s influences or Hartlett’s work in Ovlov. Luckily, the songs are too good for that to be a problem.

‘S Favorite Friend is at its best when it keeps listeners on its toes. Just when you think you’ve figured the Stove sound out, drummer Jordyn Blakely takes on vocal duties for single “Duckling Fantasy.” That song is followed up by the fittingly titled, “Difficult Dooley,” which somehow adds stop-start dynamics, a bossa nova beat, and vocal effects that make Hartlett sound like Satan, into the mix. It should be a mess but instead it’s a highlight. Late addition “Annoying Guy,” is easily the most ferocious cut on the album. After thirty minutes of the band carefully bringing the tension up and down, hearing them finally just rip is cathartic.

Stove may be one of the many bands worshiping at the twin altars of Pavement and Yo La Tengo, but at least they do it better than pretty much anyone around. ‘S Favorite Friend could have just as easily come out in 1999 as 2019. That doesn’t matter. It’d be a great album in any decade.