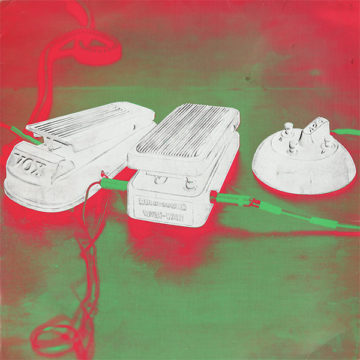 Following the release of their debut album, Lazer Guided Melodies, Spiritualized released a live album, Fucked Up Inside, which was only sold, for a limited time, via mail order. The live album was a document of their American tour to support their debut. The title comes from the song “Medication”, featured on this live album. That song would be featured on their second studio album, Pure Phrase. What makes this release special, is that it is the first commercial release of the album, although it had been released in a limited edition vinyl for Record Store Day. Basically, this is a big collector’s item and a long sought out release for fans.

Glass Redux has done an excellent job with this re-release, recreating the original sleeve and original songs. Fans, who could never find the original, will be happy with this re-release. There has been a great deal of care taken and it sounds fantastic. The music has been remastered, but not to the point of having it sound different, and it does sound cleaner and sharper. The shows were nicely recorded and the mix is well done.

The album was recorded during two shows during Spiritualized’s first North American tour. The shows captured were Crest Theatre in San Diego and the Hollywood Palladium in Los Angeles, in  November 1992. What makes this release interesting is that this is Spiritualized, live, 26 years ago, and yes they have grown and developed a great deal since these shows.

Fans who are familiar with Spiritualized will know what to expect with this live album. Space, psychedelic, electronic, ‘out there’ music. And they make it work. This lineup includes founder and consistent member Jason Pierce (guitars, vocals) , Mark Refoy (guitars, vocals), and Jonny Mattock (drums) who were originally together in Spaceman 3, Sean Cook (bass) and Kate Radley (keyboards).

Spiritualized live is a lot like Spiritualized in the studio, but fans will enjoy this album, especially for the historical piece and because it has been near impossible to find. Some songs, such as “Shine A Light (Clear Light/Clear Rush)” are only available on this album. This song alone is worth the price of admission. Beautiful guitar riff, played almost like a mantra, along with some very inventive keyboard sounds. It is long and brilliant. It is good to have these songs in circulation.