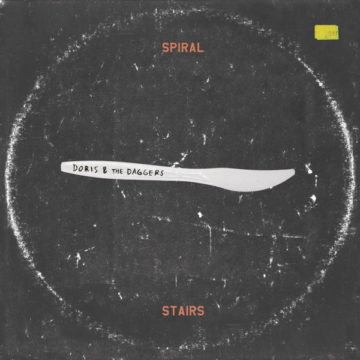 Former Pavement and Preston School of Industry guitarist Scott Kannberg (aka Spiral Stairs) took a sabbatical with his wife to Brisbane, Australia in 2010 after recording the first Spiral Stairs album, The Real Feel, little realizing that the break from recording would be for six years.

“We had a kid, and that sort of got in the way. Then years later I’m mowing my lawn and tending my garden,” says Kannberg.

Eventually getting bored dealing with horticultural responsibilities in Australia, Kannberg moved back to California and started to put together the new Spiral Stairs album, Doris and the Daggers. The album mostly consists of guitar-driven melodic stories torn from the pages of Kannberg’s daily personal life, and the ten songs span a wide sprawl of moods and subjects.

For their second album, recorded at Exactamundo Studios in Eaglerock, California, Spiral Stair’s lineup includes Kannberg on guitars, Matt Harris on bass, and Broken Social Scene’s Justin Peroff on drums, who replaces regular drummer Darius Minwalla, who died suddenly in his sleep just prior to the recording. Added to the lineup are Kevin Drew from Broken Social Scene on vocals for the song “Emoshen,” the Nationals’ Matt Berninger helping out with vocals on “Exiled Tonight” and singer/songwriter Kelley Stoltz contributes on “AWM” and “The Unconditional,” a love anthem about Kannberg’s daughter.

All in all, an excellent sophomore return for Kannberg and friends, especially with the songs “Emoshen,” “Dundee Man” and “Exiled Tonight,” which are top-notch.

Gerry Young is President of Current Records and Management, and author of the 2011 biography Pop Goes The Weasel: Rock And Roll Off The Record, available at Indigo/Chapters, Barnes & Noble, and Amazon.com. He has recorded and managed Juno Award winning bands Martha And The Muffins and The Parachute Club among others.
RELATED ARTICLES
album reviewsdomino records
10