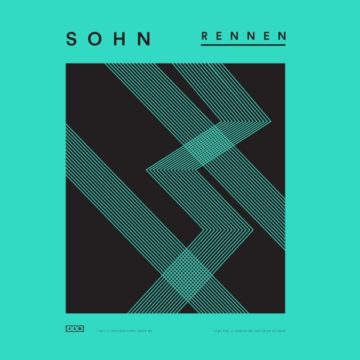 Rennen came out via 4AD on January 13th, 2017. Christopher Michael Taylor, aka SOHN, (translated in German as “run”) felt like he had been running, both physically and emotionally, for the past two years. In the wake of his 2014 debut, Tremors, Taylor had fans anxiously awaiting his second release. But Taylor knew he would have to slow down at some point. The London born artist’s techno-soul amassed over 60 million streams and put him in gear for relentless touring and festival circuits. It was an exciting and beneficial time for Taylor, but he fell away from his attention on writing new music. He secluded himself to a cabin in Northern California for about a month to hammer out new ideas. Taylor admits it was difficult and he had to really dig deep, but the results were a much-needed shift to Rennen.

While making this record, SOHN decided nothing was off-limits; he wanted to be adventurous and let loose. The opener, “Hard Liquor”, is a solemn and sultry tune that combines R&B with experimental electronic, like Glitch Mob. Taylor began to find a new voice. On “Primary”, he is bold and confident, letting the vocals carry out the song until it finally begins to build at around the two-minute mark. The spine-tingling title track, “Rennen”, is mellow and sentimental while the pop forward “Conrad” makes use of an array of empty bottles and kitchen utensils to provide the percussion.

SOHN addresses both his personal feelings of marriage and becoming a father and worldly feelings surrounding the US presidential campaign. Taylor’s soulful voice echoes and resonates throughout the album. He has a haunting and commanding presence and often lets that show with minimal instrumentation. Taylor didn’t want to overdo the production and the music in order to let his vocals and message shine. “This was definitely an exercise in trying not to overwork the songs and not to make things too complicated,” he explains. Taylor’s second release shows both talent and ambition. Along with his own artistic growth, he has found a new confidence in trusting himself and utilizing his strengths.

After majoring in business & entrepreneurship at UCSB and traveling the world, Andrew moved to Los Angeles to pursue music and not give up his love for surfing, hiking and yoga. He is also in a couple really cool, up and coming, indie-rock bands in LA - Mothlight & Lone Kodiak.
RELATED ARTICLES
4adalbum reviews
6.0