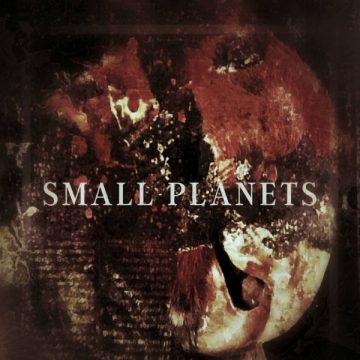 Small Planets is a new band hailing from Los Angeles, and their self-titled album is one hell of a debut.

Small Planets is a beautiful album which reminds me of how albums used to be made. There is a strong and clear flow from beginning to end. It kicks off with “Drowning,” with a single guitar introducing the band, whothen build on itsflowly enough for effect, but not too slow as for the listener to lose interes. A minute in, lead vocalist Jessica Hernandez sings the first line of the album, “Just hold on, I can feel your grip slipping”. What is wonderful about that line is the impression that the couple are losing their literal hold on each other, or perhaps losing grip with reality. A great introduction to the album, “Drowning” is cleverly followed by one titled “Breathe.”

Each track builds on its predecessor, musically and lyrically. Even when streaming the album, one still gets the distinct impression of a side one and side two. By the time you reach the end of the album, with title track “Small Planets,” you feel as though the band have guided you through their own world.“Small Planets” is one of the highlights of the album, and as with most of the other tracks, there is a lengthy musical introduction which gives way to fantastic singing and thought-provoking lyrics.

The band is tight, and yet it’s clear they understand the concept of space. They do not feel the need to fill every second of every song with instruments, voices, or effects. The songs breathe, allowing the listener to exist between the instrumentation. The instruments complement each other, suggesting no one in this band wants to be a star – they exist as a unit in every sense of the word.

The music may have its origins in 1980s pseudo-goth sound and the band bravely and honestly wear their influences on their sleeves. That does not mean they imitate, asthey still have their own distinct sound whilst tipping their hats to those who have gone before. If this band continues as is, many bands in the future will be tipping their own hats to Small Planets. A very impressive debut,this is an album worthy of your attention and a go-to for the long winter months ahead.

Born and raised in Whitby, Aaron discovered music through his love of The Beatles. This led to a career in radio, writing for various publications, and ultimately a radio show about The Beatles (Beatles Universe), which ran for over four years. When not immersed in music, Aaron enjoys spending time with the loves of his life -- his wife Andrea, and daughters Emily and Linda (all of whom have an intense love of music too).
RELATED ARTICLES
album reviewalbum reviewsdrowning
10