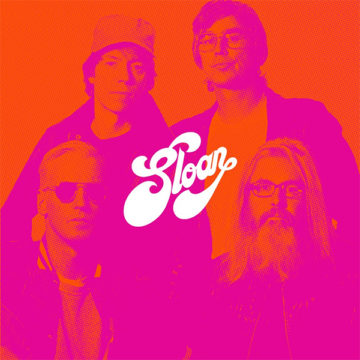 Sloan is one of those Canadian bands I’ve always liked, so I was looking forward to hearing their 12th album, fittingly titled 12, and featuring 12 new songs by the band. Each of the four founding members (Chris Murphy, Patrick Pentland, Jay Ferguson, and Andrew Scott) democratically contributed three songs each, and Sloan have delivered one of their best records to date. Says Jay Ferguson, “This one would potentially have more collaboration than usual.”

Surprisingly, in their long and storied career, the band have only won one Juno award, though they have been nominated for nine. Perhaps this is partly explained by their lack of top 10 singles.

On the new record, rock anthem tracks like the first single “The Day Will Be Mine,” “All Of The Voices”, the piano-based “Essential Services,” and “Have Faith,” are all rockers in typical Sloan style. However, the best new song in my opinion is saved for track number 10, called “The Lion’s Share,” which may be one of their finest songs to date.

The band begins a full-blown North American tour to support 12 in early April.

Gerry Young is President of Current Records and Management, and author of the 2011 biography Pop Goes The Weasel: Rock And Roll Off The Record, available at Indigo/Chapters, Barnes & Noble, and Amazon.com. He has recorded and managed Juno Award winning bands Martha And The Muffins and The Parachute Club among others.
RELATED ARTICLES
12album reviewssloan
7.0

by Brian Capitao on February 15, 2019
Bedstudy Dot Wave EP Grand Jury Music Dot Wave EP is the first project from Brooklyn trio, Bedstudy, who are looking to make modern electro-R&B with an indie-pop flare. The group has [...]
6.0