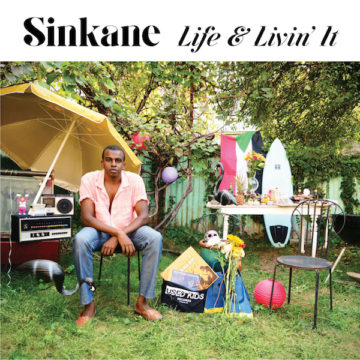 Now here’s one of the good things about globalisation. The beautifully gentle singer Sinkane, given name Ahmed Gallab and of Sudanese heritage, was born in London and relocated to the U.S.A. when still a youngster. His music draws heavily as it does on the Nigerian electro-funk of the late William Onyeabor. Sinkane is the leader of the Atomic Bomb! Band formed to present Onyeabor’s music internationally and whose line-up has included members of bands like Talking Heads, Damon Albarn, and the duo of Amadou & Mariam. Sinkane’s cosmopolitan background comes through strongly on this album, with all those just mentioned having left their mark. West African electro-funk is combined with American funk (try keeping your feet still to “U’huh” – I bet you can’t!), 70s soul music, contemporary electronica as on the opening “Deadweight” or the deceptively grooving “Fire”, and the 80s pop sound of “Telephone” – the first couple of minutes could almost be The Human League covering The Bee Gees! ‘Passenger’ hits an almost juju-like groove, and the closing track, The Way’ has a slightly harder than what has preceded it, with a rock guitar and horns prominent in the backing and the vocals possessing a tougher edge. Throughout the set the lyrics display something of a social conscience, making music to get you dancing whilst getting your brain into gear. File under “intelligent global pop”.

The Spill Magazine is a Toronto-based online publication dedicated to covering the independent music scene with a strong focus on our thriving hometown talent. Our writers bring you up-to-date news, in-depth features on musicians and reviews for the latest CD releases. We also travel to the front lines for all local festivals including Canadian Music Week and North by Northeast. Don’t forget to check out our Facebook and Twitter pages for all daily Spill updates.
RELATED ARTICLES
album reviewscity slang
10