SPILL ALBUM REVIEW: SHRIEKBACK – WHY ANYTHING? WHY THIS? 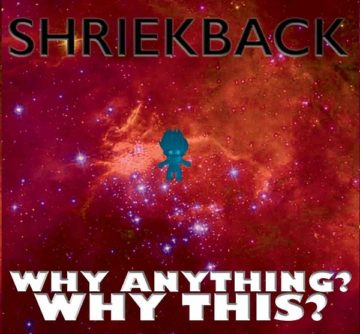 Shriekback
Why Anything? Why This?
Independent

Shriekback have continued to grow throughout the years, and Why Anything? Why This? continues in that tradition. They come up with new sounds and new styles, which not only work but raise the bar for any future music from this classic band. But in the midst of new sounds, they have returned to real drums, as opposed to loops and beats, which they have utilized for the last couple of releases. Barker seems to have found new inspiration and he sounds that he is not only enjoying himself but discovering his kit all over again.

Just listen to “And The Rain”, which features some incredible slide guitar from Marsh. This is a new sound for the band. The vocals and the music creates some Louisiana blues-style music, which one does not expect from Shriekback. But then, one should not expect anything from this band. Shriekback have built a career on continually changing their sound and growing. And after 37 years (they officially formed in 1980), they do not rest on their laurels nor try to recreate the past.

The album is full of different sounds (the brilliant “The Church Of The Louder Light”) and more intriguing images. A band such as Shriekback have an incredible history and sometimes have a difficult time living up to the fans expectations. With Why Anything? Why This? they not only met those expectations but surpass them. This album has the sound of a band enjoying themselves, even with some very dark lyrics throughout it. Their lyrics are strong, thought provoking and the instrumentation is stunning. Why Anything? Why This? is a  work of art. Sure it rocks at times, but it is art.

It is so good having Shriekback back. They have been missed and, quite frankly, this album is needed today. A number of young bands could take a few lessons from Shriekback and this album.

SPILL ALBUM REVIEW: SHRIEKBACK – WHY ANYTHING? WHY THIS?

Born and raised in Whitby, Aaron discovered music through his love of The Beatles. This led to a career in radio, writing for various publications, and ultimately a radio show about The Beatles (Beatles Universe), which ran for over four years. When not immersed in music, Aaron enjoys spending time with the loves of his life -- his wife Andrea, and daughters Emily and Linda (all of whom have an intense love of music too).
RELATED ARTICLES
album reviewsshriekbackwhy anything? why this?
9.0