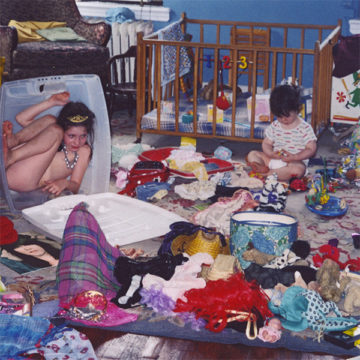 Given that Remind Me Tomorrow comes five years after Sharon Van Etten’s last album and was written during a time of significant personal change, it is no surprise that it is markedly different from her previous work. Throughout the album, Van Etten eagerly embraces a new sound, leaning more heavily on electronic production. From the pulsing bass of “No One’s Easy to Love” to the driving beat of “Comeback Kid”, this is the first time that Van Etten’s music could be described as “dance music”. “Seventeen” is a highlight, pairing her anguished vocals and longing lyrics with a strong beat and synths that sound like they could be from Bowie’s Heroes. Vocally, she goes out of her comfort zone, belting out lyrics at a pitch beyond her normal range.

While older fans may be put off by some of the changes, there are clear links to her previous music. Throughout the album, her chord progressions and lyrics maintain Van Etten’s distinctively moody, haunted vibe. Other common threads include spacey instrumentation and creative harmonies. The slower tracks like “Malibu”, however, which sound most like her old music, are actually some of the album’s weakest offerings; “Jupiter 4” and “Memorial Day” both feel overproduced.

All in all, Remind Me Tomorrow is the sound of a musician exploring new directions. We did not expect Sharon Van Etten to make an album with bass-heavy, dance-punk music, but we are better off because of it.

Kieran Davey is a freelance writer and music enthusiast from Vancouver, Canada. He particularly enjoys alternative rock, groovy hip-hop, and basically any music from the 60's. Aside from reviewing music, he also loves playing guitar and spending time in nature.
RELATED ARTICLES
album reviewalbum reviewsjagjaguwar
8.0