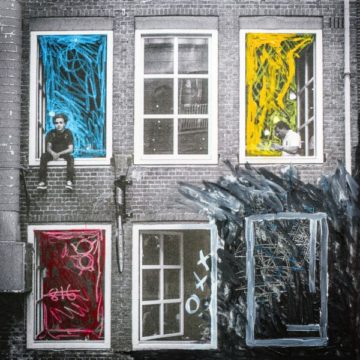 Since bursting on the scene with the release of his debut EP Augusta in 2014, young Toronto singer/songwriter Scott Helman has toured the U.S. and Europe, both solo, with just his guitar as accompaniment, as well as with his bandmates Callum Maudsley (guitar) and Julian Psihogios (drums). Helman also performed at the 2015 MMVA’s and the 2016 Juno Awards.

Now with the recent release of his debut full-length album Hotel De Ville, which Helman describes as “the next step,” he uses recent life experiences and personal growth as the basis for the writing of the new songs. “When I sat down to make this record I felt that I knew a lot more about who I was.”

Fans of Ed Sheeran and Shawn Mendes will no doubt be adding this to their summer playlist.

Gerry Young is President of Current Records and Management, and author of the 2011 biography Pop Goes The Weasel: Rock And Roll Off The Record, available at Indigo/Chapters, Barnes & Noble, and Amazon.com. He has recorded and managed Juno Award winning bands Martha And The Muffins and The Parachute Club among others.
RELATED ARTICLES
album reviewskitesscott helman
10