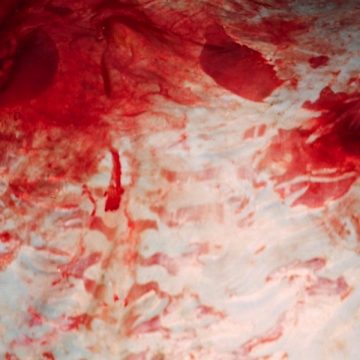 Salem is not a band for the faint of heart. Witchhouse oddities, and an aesthetic infused with equal parts goth and haunting Pop, their eclectic blend of heavy Electronica, pounding bass sections and elements of R&B and Rap have distinctively set them apart from any other musical group. Without belonging to any one particular genre, they have simply created their own.

On their newest EP, I’m Still the Night, the band retains the essence of what makes them so compelling, though a certain stylistic shift can be noted. The weight, menace and celebration that was prevalent in last year’s release, King Night, has been replaced with a revelation of all the things they secretly feared. There’s a certain sadness and beauty to the seven-minute highlight, “Better Off Alone,” which creates an intense slow burning atmosphere with gritty synthesizers swimming over a steady drum beat and unintelligible mumbling. Their most recent release showcases the Electronic diversity of Salem; however it’s less frantic and more grounded than the band’s previous releases.

As a whole, I’m Still In the Night sees the band forming a cohesive musical output. This is a band who have experimented with a kaleidoscope platelet of emotions and sounds, and have now taken their music to a subtler place. Still sounding like they returned from another universe, the band has familiarized themselves with Earth and have tentatively decided to use it to their advantage.