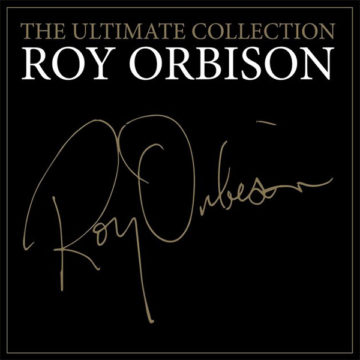 Roy Orbison is easily one of the 20th century’s most storied musicians, with a stellar career that was tragically cut short by a fatal heart attack in 1988. Now, coming up on 30 years since his passing at age 52, his son Alex has assembled the first career-encompassing collection released with Sony Music. The Ultimate Collection features 26 tracks taken from the incredible 27 studio albums, 4 live albums, and over 60 singles that were released in Orbison’s lifetime.

The Ultimate Collection contains songs from both Orbison’s early career at Sun Records all the way through to his late solo years and work with The Travelling Wilburys. Throughout this collection are many songs that listeners will instantly recognize. One of Orbison’s most recognizable hits “Oh, Pretty Woman,” which received fresh acclaim through Julia Roberts’ film Pretty Woman, opens the album. Other notable songs include his posthumously released hits “You Got It” and “I Drove All Night” the latter of which was originally written for Orbison but was popularized by Cyndi Lauper. Orbison’s version of “I Drove All Night” was recorded in the year before his death and wasn’t released until 1992.

As The Ultimate Collection plays you really get a sense of just how many genres had their influence upon Orbison along with how many were influenced by him. The earliest song in the collection is Ooby Dooby, which was released in 1956 as the B-side to “Tryin’ to Get to You” and features a sound that is reminiscent of sock hops and high school dances. His work with The Travelling Wilburys in his later years features much more of a rock sound and feel to them. Songs from the supergroup’s first album, Travelling Wilburys Vol. 1, “Not alone Anymore” and “Handle With Care” feature Orbison’s handiwork alongside the skill of his musical associates.

While The Ultimate Collection does include a few remasters and remixes they only serve to “clean up” and modernise some of Orbison’s most treasured works. Overall The Ultimate Collection presents a well-assembled collection of Orbison’s greatest songs and is a great way for new listeners to get an introduction to his music while allowing long-time fans to reminisce Orbison’s career. With songs from his early years in the 50s to his stunning resurgence in the 80s it truly is one of the most complete and dedicated collections of Orbison’s music released to date.

I am an Edmonton based musicophile and photographer who loves experiencing music whether it's live or on my turntable. I play seven instruments and go to a lot of concerts.
RELATED ARTICLES
album reviewsroy orbisonsony music
8.0