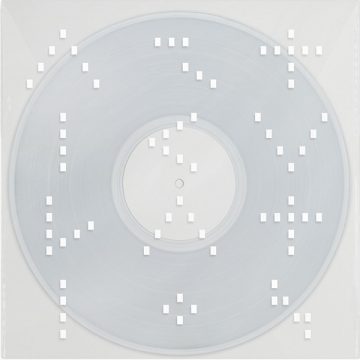 Ryan Lee West, aka Rival Consoles, is so adept at crafting sonic landscapes, so talented at building beautifully layered songs, and so intuitive at constructing an album that moves the listener and carries them along the lines of his compositions, that he should be seen as one of the most influential creators of intelligent, intellectual EDM on the planet.

With Articulation, West sought a different approach to recording than he has used in the past, building his songs using visual tools and references; the result is not overwhelmingly different than his past releases but certain elements stand out for sure. Most notable is the fluidity that drives much of the album, with songs feeling so closely linked to each other that to even be aware of the tracklisting seems pointless. There is less dynamic use of volume, with the overall tone more ambient than previous work, but as a result, there is also more cohesion overall.

In short, this is a very high-water mark for EDM releases in 2020 and is not to be missed.

Br. lives in southern Ontario, grew up on The Beatles and The Journeymen, spent his adolescence immersed in grunge, and his adulthood in British alternative. His greatest joy is seeing his son dance and grow into his own appreciation of the indescribable joy of music...
RELATED ARTICLES
album reviewalbum reviewserased tapes records
7.0