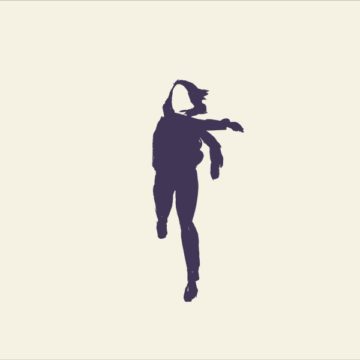 On Ride’s first album in over 20 years, they shine with a new, yet unmistakably familiar, light. For a lot of the youngsters out there, you may not have the slightest clue who Ride is. The band was formed in 1988 in Oxford, England and were amongst the first to be labeled, “Shoegaze.” Ten years later, the band broke up and various members branched off to become parts of Oasis, Beady Eye and Hurricane No. 1. Two years ago, the band announced they were back together, played a handful of shows, and hinted at working on new material. Now we are here. The new album, Weather Diaries, due out June 16th, is a dizzying, animated shoegaze masterpiece.

The two opening songs “Lannoy Point” and “Charm Assault” set a more upbeat and rock n’ roll tone than usual. The band runs thumping drum beats, ambitious vocals, and catchy, upbeat guitar riffs. Using legendary electronic producer and DJ, Erol Alkan, Ride packed the album with both classical elements and new noises. The soft and somber groove of “Home Is A Feeling,” could be a Pink Floyd song, while the grinding bass and drums that set off “Cali” could easily be mistaken for Swervedriver. The beautiful title track “Weather Diaries,” begins with a laid back guitar line and ever-growing synths. The song then patiently wades through a dreamy haze and conjures up all sorts of ambiances and feelings.

Through pounding rhythms, sonic soundscapes, and glistening, distorted guitars, a band that helped create our modern day dream pop and washed-out sounds still strides confident and tall. With a 20 year gap, the album has no choice but to be timeless, but it is pleasantly filled with ambition and beauty. Ride has the ability to fill venues with one glorious ambient sound or a full-blown band singing vocal harmonies and massive guitars. Be sure to check out this album from start to finish and let it be loud.

After majoring in business & entrepreneurship at UCSB and traveling the world, Andrew moved to Los Angeles to pursue music and not give up his love for surfing, hiking and yoga. He is also in a couple really cool, up and coming, indie-rock bands in LA - Mothlight & Lone Kodiak.
RELATED ARTICLES
album reviewscharm assaultride
8.0