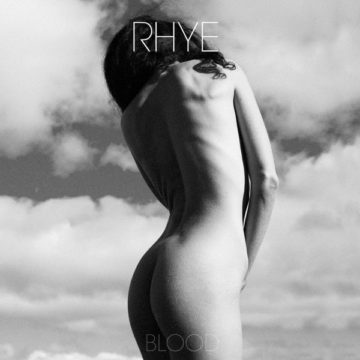 The soulful R&B duo that is Rhye has never shied away from getting personal. The intimate subject matter and soothing qualities of Mike Milosh’s vocals are distinct factors that give Rhye its mesmerizing sound. Rhye’s sophomore effort Blood strips down the arrangements and puts Milosh’s vulnerable falsettos at the forefront of each mix, leaving in any imperfection and quaver. This raw and vulnerable production makes for an entrancing listening experience.

Rhye began as a side project between Canadian-born vocalist Mike Milosh and Danish instrumentalist Robin Hannibal. Milosh’s distinct, soothing vocals were perfectly suited for the reserved orchestrations Hannibal had in mind, and the duo quickly threw together a small internet release that set the mold for the current Rhye sound. The group quickly gained a dedicated fan-base that fell in love with their unique brand of heart-breaking soul and reserved R&B.

Since the group’s full-length debut Woman, Rhye has become a primarily-solo effort of Milosh. Blood also follows Milosh’s recent separation from his wife, making this collection of songs more personal and emotional than anything we’ve heard from Rhye in the past.

Blood opens with a track that serves as a perfect introductory piece for any newcomers, as it slowly introduces the key elements and qualities of Rhye’s sound. “Waste” begins with a stripped-down beat. Milosh’s smooth, melodic vocals are dominant in the mix, as they continue to be the driving force for each song throughout the album. As “Waste” continues, elements slowly build as sweeping synths and strings gradually ease into the composition, displaying the intricate orchestrations that complete Rhye’s style. Vocals intensify as the arrangement builds, and the airy production really lets you feel the energy grow as the song progresses.

The first singles from the album, “Taste” and “Count To Five,” prove to be a couple of the dancier songs on the album with both tunes bringing in funk-inspired guitar lines and drum beats. Still beneath each song’s beat, though, we hear the signature swelling strings playing against Milosh’s delicate vocals. As he serenades, “One more time for my taste. See me fall from your eyes to your waist,” we get a feel for the two dominant themes Rhye tends to explore: lust and heartbreak.

There are a number of stand-out tracks on this album and even though Rhye has such a consistent aesthetic throughout, this collection of songs proves to be surprisingly dynamic. Going from dancier singles to the relaxing piano-based arrangement on the somber but optimistic “Please,” Blood showcases its diversity.

Blood stays as strong as ever throughout, with a couple highlight tracks closing out the album. “Phoenix” is the closest to rock Rhye ever gets, with a heavier groove compared to the rest of the album, and even features a guitar break with funk chords and doubled electric guitar riffs playing off each other. The album then completes in perfect fashion with “Sinful,” a song that builds to a climactic groove and features a more complex and full arrangement than any other track on Blood.

Solid from start to finish, Blood is a smooth-as-hell success.

Growing up in the dull suburbs of Southern Ontario, Elijah gravitated towards the city at a young age. With a healthy addiction to live music, and a constant itch for discovering his new favourite band, he finds himself happily submerged in Toronto's music scene. With his work appearing thus far in Sock Monkey Sound, and The Spill Magazine, he's going to keep this writing thing going for a while.
RELATED ARTICLES
album reviewslast gangloma vista records
7.0