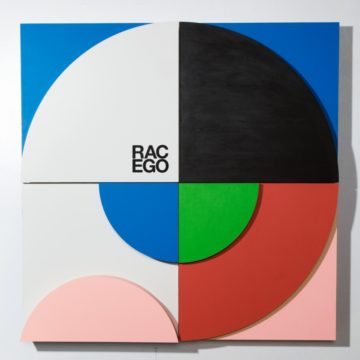 While many artists have found success releasing singles and albums as solo projects, the rise of producers creating albums seems to be at an all time high in 2017. The two most high profile ones are D.J. Khaled’s Grateful, and Calvin Harris’ Funk Wav Bounces Vol. 1, both combining styles of pop music seen throughout the charts in the last couple of years.

However, Portuguese producer André Allen Anjos, better known as RAC, has continued to stick with his style. RAC stands for Remix Artist Collective, and the producer initially began with just that: remixes. Over time, his summery-pop style has made its way into full length albums. His fifth full length record, EGO, takes the best components of pop music with mostly lesser known artists, and gives it a summer boost laced with synths and gorgeous melodies.

EGO begins with “Fever”, a synthy ballad, presumably about sharing a feeling with someone you really care about. KNA is one of those classic RAC-under-the-radar-artists whose voice fits perfectly on this song, straddling the line between uplifting and sadness.

While there are lots of smaller artists, the beginning of the album shows that RAC’s track record allows him to get some star power as well. Weezer’s Rivers Cuomo sings about success and failure on the extremely catchy “I Still Wanna Know”, while Rostam Batmanglij from Vampire Weekend belts vocals on “This Song”, a song about desperately missing someone.

My favorite track on the album is from two members of St. Lucia titled “The Beautiful Game”. It’s a guitar driven song about the game of love without being overly cliché. With lyrics like “You got everything you wanted, You got everything you needed, You say that you don’t need it, baby, Oh ain’t it such a beautiful game,” St. Lucia is directly calling out someone who is extremely misguided in their interpretation of what they want the relationship to be.

Perhaps the most difficult part of listening to a full RAC record is the combination of heartbreaking lyrics juxtaposed with these beautiful, happy melodies. The album has a few songs that deviate from this formula, as “Heartbreak Summer” slows the tempo down but loses some of the luster that other standout tracks have.

Overall, RAC has produced a very solid album that lacks enough variety to truly be a great one. As the album reaches its latter stages, listeners have come to expect the slow build, poppy melody, slightly unique bridge, and then back to the melody for the final minute of the song.

As mentioned before, this formula can be brilliant, as on the Rivers Cuomo and St. Lucia songs. But after multiple listens of similar, “driving on the highway chill music”, it starts to get repetitive. This isn’t a necessarily a bad thing, as I’m sure some listeners love the similar vibe of each of the tracks. But RAC has remixed and produced such excellent music that it feels a bit disappointing to have a 14 track album with such limited variety.

Josh Stern is a financial analyst living in New York. He recently graduated from the University of Michigan, where he studied User Experience and Data Analysis while writing for various publications. He loves watching sports and attending concerts, and is always on the lookout for the next great Alternative/Indie band.
RELATED ARTICLES
album reviewscounter records
10