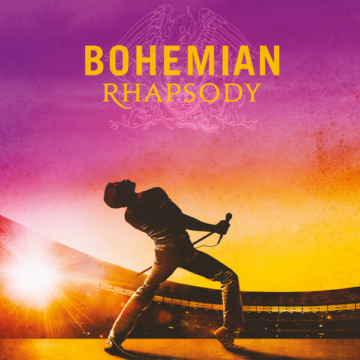 Gearing up for the worldwide release of Bohemian Rhapsody, which will be out in Canadian theatres Oct. 31, the film’s soundtrack features many well-known Queen favourites and a couple lesser known tracks.

There are live performances of Queen’s “Bohemian Rhapsody,” “Radio Ga Ga,” “Hammer To Fall,” and “We Are The Champions,” which were recorded live during the band’s Live Aid performance at Wembley in July 1985.

Less popular tracks like “Doing All Right” and “I Want To Break Free” balance out the album nicely, making sure that it isn’t just a rehash of popular favourites.

Then comes along the powerful, almost operatic, “Who Wants To Live Forever.” Seeing the story of the band and the story of their brilliant lead singer the late Freddie Mercury on the big screen makes this track heart-wrenching to hear. It also ignites the imagination and through the emotion that the track invokes, propels these gods of rock beyond the pantheon of legendary music. It’s clear that Queen’s music is timeless.

Overall, the album is a must have for all Queen fans, new and old, and especially for those recently baptized by these immortal ballads.

Music has always been a big part of Samantha’s life. Whether it was singing with a choir, reading music and playing instruments, or staying up well into the wee morning hours just to listen to the international music program on the radio, for Samantha music was as essential as breathing. One day, Samantha noticed that writing, her other obsession, always seemed to flow alongside music, and the two elements of Samantha’s life co-mingled for years. While at university, Samantha discovered that her passions could be put to use, and she embarked on the path of a music journalist. To date she has written many music reviews, news posts, and interviews and so far her work has appeared in The Voice Magazine, The Scene Magazine, and The Spill Magazine, as well as on her own website.
RELATED ARTICLES
album reviewalbum reviewsfreddie mercury
9.0