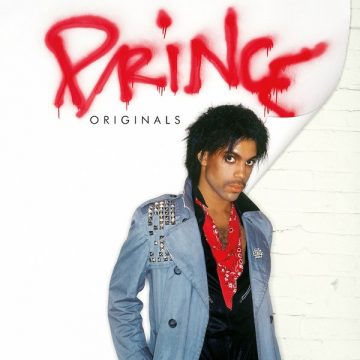 Sporting a visual aesthetic reminiscent of Dirty Mind, circa 1980, the latest posthumous release from the oasis that is the Prince vault takes the form of Originals, a 15-track collection of recordings Prince had written and recorded with the intention of giving the songs to other artists. Prince was often known to write music for many other musicians, with the most known examples including “Manic Monday” made famous by The Bangles, and “Nothing Compares 2 U” initially released by Sinéad O’Connor and later covered by Chris Cornell. Along with tracks like these, Originals also features music that would be made for Prince’s various protégés, including The Time, Sheila E, and Apollonia 6. While all of these songs were hits in the hands of others, almost never before have their original recordings, performed by Prince, been heard by the public, making Originals a truly exciting and eye-opening peek further behind the curtain to the artistry that was Prince.

Between the opening two tracks, “Sex Shooter” and “Jungle Love”, it is amazing that Prince could not find a spot for either song on Controversy, Dirty Mind, or Purple Rain. Not only is the quality of these tracks equal to that of his early work, but they would fit in perfectly as the tone, textures, and style are quintessentially that of Prince from this period. The same could also be said about the stark piano-driven ballad, “Noon Rendezvous”, the mid-tempo funk of “100 MPH” and the strutting groove of “Wouldn’t You Love To Love Me?”. That being said, some songs appear almost identical to how they were initially released. This is most apparent in Sheila E’s “The Glamorous Life”, The Bangles’ “Manic Monday”, and The Time’s “Gigolos Get Lonely Too”, yet it is still thrilling to hear Prince’s take on his work, even if it already feels familiar.
Of all the tracks on Originals, perhaps the most radically different than what was originally released is the closing track, “Nothing Compares 2 U” – not only is this is it different from O’Connor’s version; it is also equally as different from the various live recordings of the track released throughout Prince’s career. It is also, bar none, the biggest hit found on the record. That being said, while initially released as an exclusive Record Store Day Single in 2018, this version of “Nothing Compares 2 U” is incredibly ambitious, even for Prince, and seems to effortlessly blend stylistic characteristics from gospel, contemporary pop, soul, and rock and roll power ballads all within the first minute. My initial thoughts upon hearing this version a year ago remain the same; this is unlike anything else I’ve heard. Everything, from the vocals, the harmonies, the guitars, horns, and keys, is utterly breathtaking and will leave you reeling in sheer awe.

It is important to remember that most of the material presented on Originals was written and recorded in the early to mid ‘80s, a time when Prince was at his absolute, undisputed peak in the mainstream eye. While he would still continue to be among the highest tiers of superstars and artists alike for the rest of his career, his popularity among the general public was never as great as it was in this period. Stellar music aside, what Originals best demonstrates is just how deep Prince’s influence ran as he steered the course of popular music and culture through not only his own music, but also through the hits of others. While there still remains a sense of voyeurism to it – would Prince have wanted these released? – Originals is a testament to the ongoing creative renascence that Prince enjoyed throughout the 1980’s as he climbed his way to the top of the charts — cementing himself as one of the greatest artists of all time, let alone the ‘80s – while simultaneously setting the tone for the decade through his work for other artists. Is Originals a perfect album? No, but this collection of songs was never intended to be together as an album; however, that does not change that these recordings have long been coveted, speculated, and sought out by his fan base. Most of all, Originals is yet another reminder as to how much we all miss Prince.

A passion for music has always been a part of Gerrod’s life. As a young boy, he was raised on a steady diet of the music from The Chili Peppers, Aerosmith, The Stones, Prince, and others from his mum. Raised in the GTA, Gerrod continued to foster his love for music by attending a wide range of concerts and learning the drums. His unapologetic passion for music has no bounds and has spread to a wide variety of styles, whether it be the 90’s rock that sound tracked his teenage years, the jazz he studied in university, or his newfound love for hip-hop. He recently received his bachelors in music and education from York University and is passionate about writing and reviewing good (and less than good) music. Gerrod is also the drummer and songwriter for a Toronto based rock & roll band, One In The Chamber.
RELATED ARTICLES
album reviewalbum reviewsnothing compares 2 u
9.0