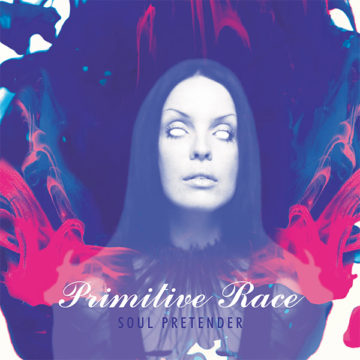 Following the shocking passing of former Faith No More, Bad Brains, and VUA vocalist, Chuck Mosley on November 9th, Primitive Race’s sophomore album, Soul Pretender, is as triumphant as it is marred in tragedy. The album serves as follow-up to their 2015 self-titled debut in which Mosley was featured as the band’s new lead singer, rounding out the super group consisting of Chris Knicker, Erie Loch (LUXT, Blownload, Exageist), Mark Gemini Thwaite (Peter Murphy, Tricky, Gary Numan), and Dale Crover (The Melvins). In memory of their friend, Primitive Race- have decided to donate all 2018 record sales to MusiCares, a foundation that aides musicians in times of medical, personal, and financial struggles with an emphasis on addiction and recovery. Soul Pretender stands as both a worthy swansong to Mosley as well as a major step forward for Primitive Race as one alternative rocks strongest modern acts.

Unlike their debut self-titled album, Soul Pretender is a departure from the industrial rock and large use of electronic textures. Instead, the industrial influence takes a subtle role that resides more in the tone of the record. Even before the passing of Mosley, Soul Pretender was a very dark sounding record that was reminiscent to the emotion heard in the works of the likes of Filter and Nine Inch Nails; however, the album has only grown a darker presence since Mosley’s passing less than a week after its release. Sonically, Primitive Race has traded its digital soundscapes for an array of guitars, keyboards, and drums, resulting in a sound that feels more aggressive, organic, and raw. “Bed Six” is one of the best examples of how Primitive Race’s new sound has brought the band to the forefront of modern alternative rock with the song’s use of punk chords, grungy solos, and hard-hitting riffs. Quite similarly, “Stepping Stone” is a sludgy and gloomy trip that feels like is could be among Alice In Chains greatest hits. “Take It All” on the other hand is a heavy upbeat number with a punchy verse and chorus that has quality to a song that could become an anthem for the band, making this track among the best across the ten songs that Soul Pretender delivers.

Mosley’s vocal performance on the album is nothing short of stellar. While he first made a commotion on his recorded debut with Faith No More on their first album, We Care A Lot, which featured a dynamic single of the same name. His vocals shine as much now, if not more, than they did back in 1985. In many ways, Soul Pretender stands as a career high for him, with his voice having aged incredibly well. Ranging from haunting on the title track to bombastic and commanding on “Take It All” and “Cry Out”, it’s clear that Mosley still stands as one of alternative rocks more influential voices, among the likes of Chris Cornell, Scott Weiland, and Layne Staley. The album’s closing track, “Dancing on the Sun” is not only one of the strongest tracks on the album, but was apparently also special to Mosley. While it is hard to say for certain, it is definitely one of his more dynamic and melodic vocal performances on the record.

Mosley discussed Soul Pretender with me during our interview about two months ago, praising it as unlike anything he had ever heard and claiming that it spoke to him in a way that he felt beyond compelled to work on this project. After listening to the album, I can understand why Mosley was drawn to the project as Soul Pretender is a unique and seamless collision of alternative, industrial, and punk rock. Just as Mosley said, it really is unlike anything else. His pride for the album as a whole was not only completely justified, but his own performance stands out as one of the best among his diverse career. While it is a common cliché to claim someone went out with a bang at the top of their game, it’s clear that Mosley truly did. As a whole, Soul Pretender, is an excellent record and a must hear for fans of 90’s alternative and hard rock as well as those who prefer modern rock from the last decade. After listening to Soul Pretender a number of times, it is clear that Primitive Race is truly a band to watch out for.

A passion for music has always been a part of Gerrod’s life. As a young boy, he was raised on a steady diet of the music from The Chili Peppers, Aerosmith, The Stones, Prince, and others from his mum. Raised in the GTA, Gerrod continued to foster his love for music by attending a wide range of concerts and learning the drums. His unapologetic passion for music has no bounds and has spread to a wide variety of styles, whether it be the 90’s rock that sound tracked his teenage years, the jazz he studied in university, or his newfound love for hip-hop. He recently received his bachelors in music and education from York University and is passionate about writing and reviewing good (and less than good) music. Gerrod is also the drummer and songwriter for a Toronto based rock & roll band, One In The Chamber.
RELATED ARTICLES
album reviewsbad brainschuck mosley
7.0