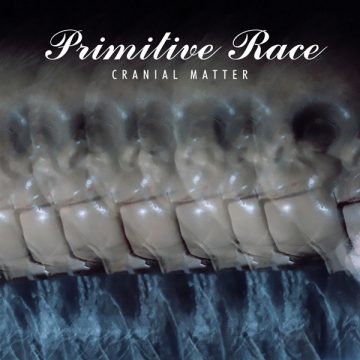 Primitive Race is back with a new album, its third, titled Cranial Matter, by a wide array of artists. The followup to their sophomore album Soul Pretender, it includes a wide array of remixes from a multitude of talented artists, all featuring the likes of former frontman for Faith No More, Chuck Mosley, who passed away just six days after the original album’s 2017 release. Members and former members of Melvins, Slayer, Dead Milkmen, Butthole Surfers, and more are featured on this overhauled release. The mix of industrial metal and rock will have your brain searing as the hard-punching sounds will shock your core. It’s easy to get lost in this face-lift they gave their previous album. Slowing things down just a tiny bit is “Heart in Real Time”. The album then roars right back into a techno-dance track, and wraps things up nicely and neatly into a perfect package of sound, making it an excellent in memoriam of Mosley.

Congratulations guys, Chuck would be proud.

Melinda Welsh is an American blogger and music enthusiast, who grew up in the 70s and 80s and is passionate about all kinds of music, listening to any kind of music that she can get her hands on. Her tastes vary from country to hard rock. She can be seen wearing ear buds at work, reading music magazines and articles online, and following bands on Instagram and Facebook. Her favorite quote is "Where words fail, music speaks".
RELATED ARTICLES
album reviewalbum reviewsbad brains
8.0