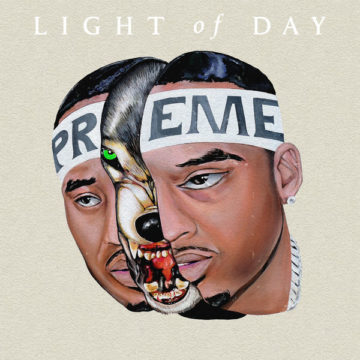 Preme
Light Of Day
Reps Up

The Toronto Rapper Preme (formally known as P Reign) has dropped his latest body of work, Light of Day. It has been over three years since, his last project Off the books was released, and with this new album, Preme has made a stunning return.

With a fifteen song album, Preme has recruited some of the biggest names in the music industry. Features from YG, Lil Wayne, Offset,PARTYNEXTDOOR, Post Malone, and  Ty Dolla $ign, as well the production from Murda Beatz and Dj Mustard, can be seen on the project and makes Preme’s The Light of Day a great body of work.

Preme shows that he is truly a talented artist. In songs such as “One day”” and “Ill Life 4”, Preme demonstrates great songwriting skills and storytelling abilities. Such tracks make listeners imagine and feel the situations he describes and problems he talks about. Preme discusses serious subject matters as poverty, problems in the judicial system, relationships issues, and the problems that stem from success.

Although Preme takes a serious side with this album, he shows that he can create catchy and fun filled songs. Despite showing his lyrically capabilities, Preme brings Post Malone and PARTYNEXTDOOR to make his songs stand out with catchy chorus and lighthearted lyrics. Songs such as “Jackie Chan” and “Can’t Hang” are the perfect example. In “Can’t Hang” PARTYNEXTDOOR constantly says,

While Preme creates a good body of work, some songs could have been improved upon. Tracks such as “No Defeat” and “Tango” sound similar to other songs that he has released in the past. Although these are not bad songs, Preme could have gone in a different direction and could have made his album stand out even more.

Overall, this album shows that Preme is to be taken seriously. Despite not having dropped a body of work in sometime, Preme has returned with great features, wonderful production, and great lyrical content.

I'm a just lover of hip-hop and photography who grew up in Ajax Ontario. Through this platform I hope to share my opinion on the world of rap and bring a new perspective to new upcoming acts, artist, and the music scene. In addition to being a lover of hip-hop, I love to capture photos of these artist in the mean while.
RELATED ARTICLES
album reviewalbum reviewsnew album
9.0