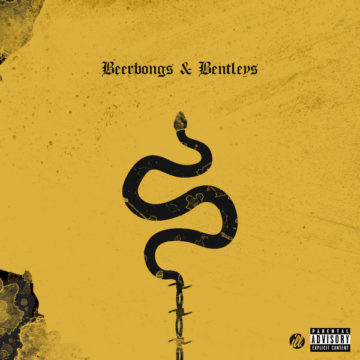 Post Malone sophomore album, Beerbongs and Bentleys, doesn’t fail to deliver. With 19 tracks on the album, and featuring guest artists ranging from Nicki Minaj, G-eazy, YG, and 21 Savage, Post Malone was able to follow the success of his first album Stoney.

Post Malone continues to deliver his unique style that bends rap and melodic singing. The album has hip-hop inspired instrumentation but goes a different direction. Post Malone is able to blend that with guitar strums to a hip-hop sound. This can be heard in songs like “Stay”. It takes the album in a new direction and is a great sound that Post Malone should further explore and make his own.

Through this unique blend, Post Malone talks about depression, fake friends, having insane amounts of money, living the best life you can. Despite changing up the subject matter, almost all songs are filled with catchy melodies. By taking this approach, a causal listener of Post Malone will be impressed with such a body of work.

Beerbongs and Bentley‘s quality is great . The album is filled with nothing but hits — each songs leads into another. Whether it be “Rockstar”, “Candy Paint”, “92 Explorer”, “Ball for You”, “Same Bitch”, “Psycho”, and “Takin shots”, when one song ends a person does not feel the need to skip the next one.

Despite the album having little features, everyone kills it. Everyone included felt like they belonged on the song they were placed on.

Overall, Post Malone’s Beerbongs and Bentleys is a great body of work. With a good amount of songs and variety of topics being talked about, a person should definitely check out this album.

I'm a just lover of hip-hop and photography who grew up in Ajax Ontario. Through this platform I hope to share my opinion on the world of rap and bring a new perspective to new upcoming acts, artist, and the music scene. In addition to being a lover of hip-hop, I love to capture photos of these artist in the mean while.
RELATED ARTICLES
album reviewalbum reviewsbeerbongs and bentleys
7.0