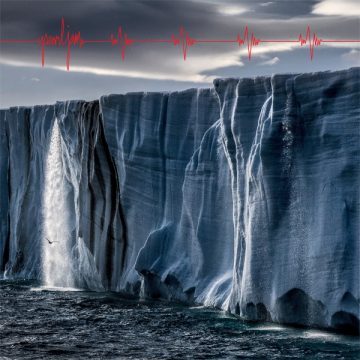 Grunge legend Pearl Jam has made its long-awaited return with Gigaton, its first album since 2013’s Lightning Bolt and its first taste of new music since its one-off single, “Can’t Deny Me” in 2018. It goes without saying that Gigaton is a must hear album, and will be among the top records of the year, but, and more importantly, Gigaton marks a truly triumphant return with a breath of fresh creativity and artistry, making the album the best Pearl Jam has released in the last 20 years.

Opening with the crunch, slink, and dissonance of “Whoever Said”, Pearl Jam sounds revitalised on a grungy track that balances an angsty attack with intricate melodies, making the song a definite highlight on not only Gigaton, but among their expansive discography. This is further demonstrated on lead single “Dance Of The Clairvoyants”, a track that had me initially hesitant, but after a few listens, I was digging it. A few months later, I can state that with its use of modern electronic textures, spacious soundscapes, Mike McCready’s sparse but ripping guitar licks, and Eddie Vedder’s gruff vocals, “Dance Of The Clairvoyants” is the most experimental and daring track from Pearl Jam since 2000’s Binaural. There is a strong sense of risk and emancipation of structure and expectations in this track that feels fairly absent from music as a whole in the last decade and Pearl Jam should be applauded for embracing and reveling among such a feeling, epically this far into their career.

Beyond the singles, Gigaton is full to the brim with incredibly well-written and performed songs. The first that comes to mind is the crisp, acoustic ballad “Comes Then Goes”, a track where Vedder’s vocals truly shine – even more so than usual – over the cutting tones of a thick steel-string acoustic guitar. Other tracks like “Never Destination”, “Take The Long Way”, “Buckle Up”, and “River Cross” also stand out among a stellar tracklisting. Perhaps the strongest however is “Quick Escape”, a modern hard rock banger that is unmistakably Pearl Jam in tone, yet feels innovative for 2020. If Gigaton proves anything, it’s that Pearl Jam remains just as strong and creative when pushing forward aggressively as they do when they sit back with a more mellow and folksy approach.

30 years into its career, Pearl Jam does not need to push the boundaries. The band has established itself as one of the greatest grunge bands of the ‘90s and has transitioned smoothly into the 2000’s, growing to be among the biggest rock bands in the world, all the while doing things against the way, pushing back at injustice and the social expectations of the music industry. They very well could have continued to release straight ahead rock records, but rather, they released Gigaton, a stunning, twelve track odyssey that proves to be an exercise in creativity and songwriting that delivers on all fronts. Without a doubt, Gigaton stands strongly beside some of Pearl Jam’s greatest records and is sure to become a fan favourite.

A passion for music has always been a part of Gerrod’s life. As a young boy, he was raised on a steady diet of the music from The Chili Peppers, Aerosmith, The Stones, Prince, and others from his mum. Raised in the GTA, Gerrod continued to foster his love for music by attending a wide range of concerts and learning the drums. His unapologetic passion for music has no bounds and has spread to a wide variety of styles, whether it be the 90’s rock that sound tracked his teenage years, the jazz he studied in university, or his newfound love for hip-hop. He recently received his bachelors in music and education from York University and is passionate about writing and reviewing good (and less than good) music. Gerrod is also the drummer and songwriter for a Toronto based rock & roll band, One In The Chamber.
RELATED ARTICLES
album reviewalbum reviewspearl jam
10