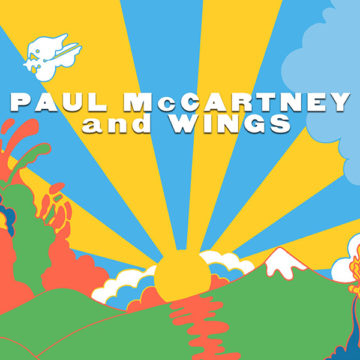 Paul McCartney never did or does the expected. He often follows his muse which may or may not garner sales and/or good reviews. The Fireman project, The Country Hams, working with Michael Jackson, one never knew or knows what Mccartney will do next. In 1971, following the success of his first two solo albums (McCartney and Ram, which was credited to Paul and Linda McCartney), McCartney formed a band, Wings. Featured in the original lineup was Denny Laine (who stayed until the band folded), Henry McCullough (lead guitar) and Denny Seiwell (drums). This lineup lasted until 1973, and when McCartney formed Wings he went back to the roots.

Instead of demanding stadium shows, McCartney and Wings would turn up at Universities and play for the door, in order to bring the band closer and develop a sound different from The Beatles. He often said he could have formed a ‘supergroup’, like Blind Faith, but he wanted to start over. He succeeded. This new box set (also available in two smaller box sets, each documenting Wild Life and Red Rose Speedway) demonstrates just how far ahead of time McCartney was and the chances he took with a new band. 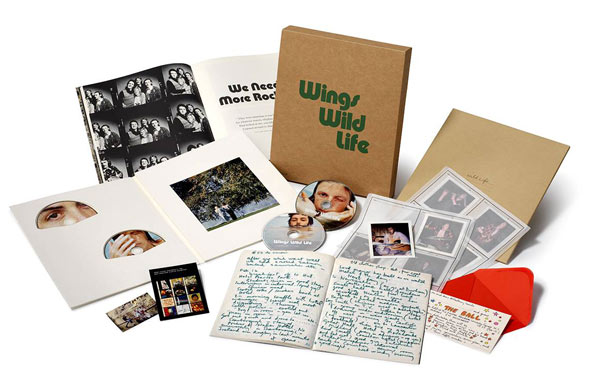 Wild Life was originally released in December of 1971. This album is punk in the purest sense of the word. No, it does not sound like The Ramones, and lyrically it is not all that angry (although “Wild Life”, the song, has some anger in it), but in form. Wild Life was recorded over three days, and five of the eight songs are the first take. This is rootsy rock ‘n’ roll and an album that redefines rough. Think how revolutionary this album was, Paul McCartney releasing an album that is raw and unpolished, following The Beatles. It made top ten, but no singles were released from it and it is one of those albums that seldom gets mentioned, let alone air time. But it is a fantastic album, and the new deluxe version demonstrates just how brilliant it is. Kicking off with the ad libbed “Mumbo”, which sounds like the tape kicks in after the song has started, McCartney takes us on a wild ride. Animal rights, feuds with Lennon, and domestic bliss are featured throughout.

The new deluxe version, available on its own or part of the mammoth box set, features a number of home recordings, and unreleased songs as well contemporaneous singles. I am thrilled to hear “Give Ireland Back To The Irish”, a song about ‘Black Sunday’ in Belfast in January of 1972, which was banned just about everywhere. It is an incredible song, and the alternate version is stunning. Previously unreleased songs, such as the charming “Indeed I Do” and “When The Wind Is Blowing” are simply beautiful.

The second Wings album  has an even longer story. Originally planned as a double album, Red Rose Speedway was finally released in April of 1973 as a single album. It was the first Wings album to go to number one and featured their first number one single, “My Love”. “My Love”, although sounding very polished, was recorded in one take, live with an orchestra, and features a brilliant guitar solo from Henry McCullough. 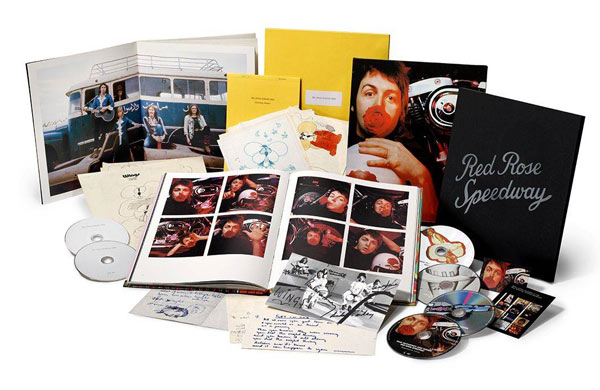 Although Red Rose Speedway is much more produced than Wild Life (both engineered by Alan Parsons, by the way) it is still a very fascinating album. Opening with the rocker “Big Barn Bed”, an FM staple throughout the 1970’s, the album kicks into high gear quickly. There are many highlights, including the simply incredible and moving “Little Lamb Dragonfly”. It is a hidden gem of an album that has gone unnoticed for far too long, even though it was a top seller in 1973.

Again, it receives the deluxe treatment and that is well worth the money. One gets to hear Red Rose Speedway as it was originally planned, as a double album, plus a number of songs that have sat on the shelf for far too long. “Tragedy” and “Thank You Darling” are very strong songs and both would have been hit singles.

During this time period, McCartney and Wings toured a great deal as well. They toured the U.K. and Europe after their short Universities tours. The live songs included here are some of the finest rock you will ever hear. Give “The Mess” a spin, the definitive rock song. But included in the big box set (Wings 1971 – 1973) there is a live album recorded during their 1972 tour (Wings Over Europe), which proves how good this band and McCartney were at this early stage in the game. It is a brilliant live album, and worth the price of admission alone. The live version of “Eat At Home” (from 1971’s Ram) is beyond words.

Finally, fans also get to watch some long sought after material, including the finished, but never released The Bruce McMouse animated film. There are also promo films as well as live material. The box set is capped off with beautiful and informative books. The set is one of the best reissues I have ever seen. It is a prime example of what a reissue should look like and include. There is a total of 11 discs, which is a goldmine for McCartney fans. It is the best of his Archive series.

Born and raised in Whitby, Aaron discovered music through his love of The Beatles. This led to a career in radio, writing for various publications, and ultimately a radio show about The Beatles (Beatles Universe), which ran for over four years. When not immersed in music, Aaron enjoys spending time with the loves of his life -- his wife Andrea, and daughters Emily and Linda (all of whom have an intense love of music too).
RELATED ARTICLES
album reviewalbum reviewslinda mccartney
7.0