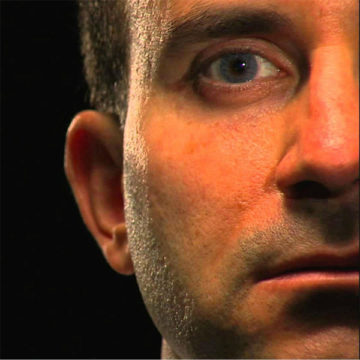 You may not have heard of Canadian singer/songwriter Paul Manchin until now, but chances are you will be hearing a lot about him soon, due to the release of his latest CD Salutations.

Although having previously released six digital albums, and having his music featured on compilation recordings for Rock America, Play Network, and Screenplay, Manchin has been satisfied to remain somewhat anonymous, while working with some of the finest Producers/DJ’s including Matt Forger (Paul McCartney), Chin Injeti (Eminem), and Spyros Poulos (Madonna) who produced the remix of one of the finer tracks on Salutations called “Spin”.

In Salutations, Manchin brings all that history and those influences to  bear, and delivers an eclectic number of songs and instrumentals, that range from the whimsical first cut and  single “Take A Ride”, co-written and produced by  The Pursuit Of Happiness’ frontman Moe Berg, to what should soon be dance club favourites like the “Black  Jack” remixes, “One” and “King”.

However, my personal favourite on Salutations is the highly infectious “Spin”; backup  vocals by 80’s Candi from Candi and the Backbeat, and produced by the aforementioned Spyros Poulos.

With the impressive collection of songs included on Salutations, 2017 should prove to be a breakthrough year for Manchin, and further anonymity will be an impossibility.

Gerry Young is President of Current Records and Management, and author of the 2011 biography Pop Goes The Weasel: Rock And Roll Off The Record, available at Indigo/Chapters, Barnes & Noble, and Amazon.com. He has recorded and managed Juno Award winning bands Martha And The Muffins and The Parachute Club among others.
RELATED ARTICLES
album reviewskingpaul manchin
8.0