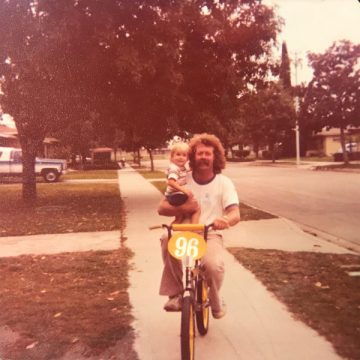 Albums released mid-December of any year are usually by big name artists, or are some form of a lavish rerelease serving as a ‘perfect gift’. Nothing wrong with those, it is just that practically all the other albums coming up at that time that don’t fall into that category die a miserable death. Decades later, they are ‘rediscovered’, usually by chance and cherished as golden nuggets.

The name of the Nashville-via-LA duo Øzwald probably doesn’t ring a bell with many listeners, unless they were previously fans of Jason Wade who was a member of Lifehouse, the trio that made a bit of a name in grunge/punk circles, and of Steve Stout of Lost Beach and Blondfire, or maybe they just had a chance to hear their first album Sweet Delirium, a perky pop-affair.

It would actually be almost a new thing for them if (and when) they hear Born in a State. In a way, the album takes a similar path Eliott Smith took from his Heatmiser days to solo work – from loud stuff to this mostly laid-back, languid gems that are in a way a combination of Mr. Smith and Iron & Wine when Sam Beam woke up on a good foot.

What remains from the first album is a great sense of melody and song-construction that never has an element missing or something thrown in that doesn’t belong there, like the excellent “Lies in Disguise” or equally brilliant “Wasting Time”.

There are two choices awaiting you with Øzwald’s Born in a State – you can either  pick it up now, or wait for it to be rediscovered and duly recognized in a decade or two.

Formerly a lot of things, including a journalist and a translator, currently a freelance writer living in The Netherlands.
RELATED ARTICLES
album reviewalbum reviewsallswell records
9.0