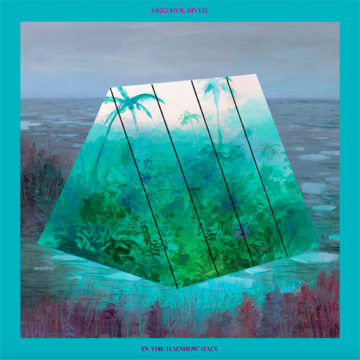 This is Okkervil River’s first album since 2016’s Away, and their ninth album in total. Leader Will Schiff is back with an album full of strong melodies and stirring lyrics. Usually the band changes from album to album,  but for this one, Schiff has employed the same players from the Away tour, and he made a good choice. The band plays as a tight unit and sounds like they have been together for years. The band brings fantastic backing vocals and intense playing to the songs.

Unlike previous Okkervil River albums, this album seems lighter, both musically and lyrically. It is certainly more optimistic and hopeful than the brilliant Away, but don’t take that to mean it is all unicorns and rainbows, because that would be a false assumption.

The album kicks off with the unique and emotional, “Famous Tracheostomies”, which name checks famous people with this procedure, which includes Schiff. The song ends with a refrain from The Kinks’s “Waterloo Sunset”, and any artist who incorporates that classic is fine with me.

Perhaps most moving is the final song, “Human Being Song”. A song to the listener, perhaps, but one gets the sense Schiff is singing entirely to himself. “It’s hard to open up your heart. And face the fact that you could fail,” sings Schiff. He completes the song asking if “it’s too late”. He does not answer, he does need to. He has spent the last nine songs explaining why it is not.

The songs are also structured differently than previous albums. Listen to “Don’t Move Back To LA”, and the use of the backing vocals along with his own. The arrangement has a tip of the hat to the 1970s and it entirely works. It is, quite simply, beautiful.

But there is more to the album. It has hints of Americana — there are synthesizers, backing vocals and guitars. Schiff may be trying hard to convince himself that things are ‘ok’, but given all that the world at large has experienced since 2016, this is very much needed.

Born and raised in Whitby, Aaron discovered music through his love of The Beatles. This led to a career in radio, writing for various publications, and ultimately a radio show about The Beatles (Beatles Universe), which ran for over four years. When not immersed in music, Aaron enjoys spending time with the loves of his life -- his wife Andrea, and daughters Emily and Linda (all of whom have an intense love of music too).
RELATED ARTICLES
album reviewsato recordsaway
10