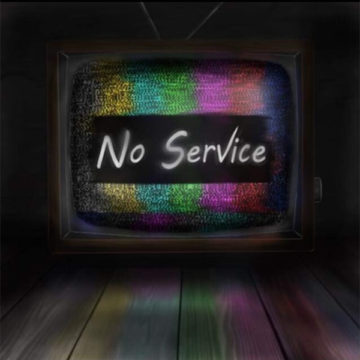 Having formed just over a year ago, No Service have dropped their self-titled EP. Hailing from Kitchener-Waterloo, Ontario, the six-piece band delivers a strong debut across the five-track EP. Throughout the course of No Service, the band touches on sounds that feel reminiscent of classic rock, pop punk, and modern indie rock which, when put together, make for a unique and distinctive sound.

No Service opens with a series of crunchy, fuzz-laden power chords performed with an irresistible swagger. “Caught In The Moment”, while simple in its premise, the track is catchy, groovy, and grows to include some warm keys and ripping lead guitar lines. The hard-hitting rock of the opening number is countered with the retro, almost Beach Boys tone of “Staircase Girl”, a track which feels like it was pulled straight from the ‘60s while seamlessly fitting in with the indie pop of today.

The EP continues to pick up with “Mind Control”, a seemingly ambient rock track with a lyrical pace reminiscent of Neil Young which develops into a an indie rock, shoegazer trip. “Pure”, continues to build up a softer side with a pop punk, indie power ballad of the likes from the last decade that is accented with lush vocal harmonies. Closing the record is “Belmonts”, a haunting ballad in style of modern Green Day. The track is a definite highlight among the EP and stands as a sophisticated example of songwriting from the band as the emotional vocals and acoustic guitar is subtly underscored by upbeat synth and electric guitars.

Through the course of five tracks, No Service create a strong debut release which showcases a wide range of stylistic influences. In an all to brief EP, No Service feels jam-packed with a collection of often juxtaposing ideas. No Service not only find a way to make these sounds work coherently, but they do so in a manner that feels entirely unique to them. If No Service does anything – aside from rock hard – it leaves me excited to see what is to come from the band as they move forward.

March 29th. The No Service EP.