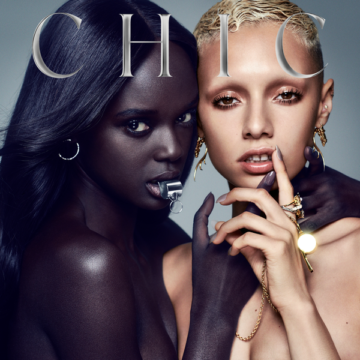 For the first time in a quarter of a century, Nile Rodgers & Chic have released a new album. It’s About Time follows their 1992 album, Chic-ism. While the band has remained a touring force since then – and Rodgers himself has begun to be recognized as the songwriting and producing genius that he is – their major return is a star-studded affair, featuring the likes of Lady Gaga and Elton John among many others. It’s About Time is a fun, solid return that brings funk and disco to modern pop, despite sounding like it’s reaching a bit too hard for modern relevancy.

The album opens with the Mura Masa, Cosha, and Vic Mensa featured “Till The World Falls”, an immediate throwback to a funkier and groovier time. Rodgers’ thin yet distinctive Fender Strat cuts though the lush vocal harmonies set over a steady and unrelenting disco inspired groove. If I didn’t know any better – and amazing production aside – I would say this track was straight out of the latter half of the ‘70s. It is also worth noting that the song is not only one of the strongest of the album, but it also features a songwriting credit by Brandon Anderson, more commonly known as Anderson .Paak. As the album continues, Rodgers & Chic blend ‘70s and ‘80s funk and disco with pop sensibilities and an overarching sense of flair that, at times, feels hit and miss. Songs like “Sober” (featuring Craig David and Stefflon Don), and the instrumental track “State Of Mine (It’s About Time)” (featuring Philippe Saisse) shine as strong tracks that successfully blend dance music of both present and past in a manner that is seamless. At other times, often when Rodgers opts for a highly digitalized texture such as autotune – “Do You Wanna Party” (featuring LunchMoney Lewis) – or allow for present stylings to take the lead – “DanceWith Me” (featuring Hailee Steinfeld) – It’s About Time feels less coherent as if it’s trying to be something it’s not.

That being said, there is plenty of great material across the album. “I Dance My Dance”, the only song without a featured artist, is the most classic sounding Chic song on the album, proving that there is a certain timeless quality to both funk and disco. Their collaboration with Elton John and Emeli Sandé on “Queen” is also great as it takes the form of a soft ballad of female empowerment with John harmonizing vocally, giving a nice bass range to the higher vocals, and with Rodgers playing a subtly slick guitar line reminiscent of his work on Bowie’s “China Girl”. It is the vocal harmonies that truly shine here though as they grow over the repetitive chorus to become bigger than anything else on the record whilst continuing to be performed so masterfully. Similarly, “I Want Your Love”, featuring none other than Lady Gaga on lead vocals, is another highlight with the song also feeling like a classic tune pulled from the disco song book with enough modern flair to give it the same vibe as Gaga’s early work. This song is among the strongest on the record and stands as the strongest collaboration in every sense of the word, in that the participating musicians performed excellently, but it was also a great collision of styles that feels natural.

While it may not be received as the big comeback that Nile Rodgers & Chic were initially hoping for, It’s About Time is a solid album that brings classic funk and disco back to the forefront of pop culture. I look forward to seeing what the band does next, while being just as excited to see how this record will influence the overall direction of pop music – could we see more “Up Town Funk” and less mumble rappers? The collaborative approach for the album was also pretty cool to hear, however I would have preferred a more organic and simple return to Chic’s roots; more disco hits and more of Rodgers’ crisp guitar work while he continues to push the expectations for the genre.

A passion for music has always been a part of Gerrod’s life. As a young boy, he was raised on a steady diet of the music from The Chili Peppers, Aerosmith, The Stones, Prince, and others from his mum. Raised in the GTA, Gerrod continued to foster his love for music by attending a wide range of concerts and learning the drums. His unapologetic passion for music has no bounds and has spread to a wide variety of styles, whether it be the 90’s rock that sound tracked his teenage years, the jazz he studied in university, or his newfound love for hip-hop. He recently received his bachelors in music and education from York University and is passionate about writing and reviewing good (and less than good) music. Gerrod is also the drummer and songwriter for a Toronto based rock & roll band, One In The Chamber.
RELATED ARTICLES
album reviewalbum reviewschic
9.0