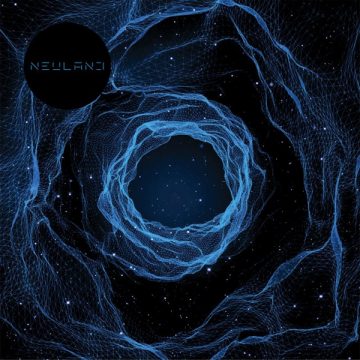 Neuland is the self-titled debut album from this new group, featuring Peter Baumann and Paul Haslinger, both previous members of the band Tangerine Dream. It is an instrumental, textured, and layered album. Not ambient, not classical, and not electronica, although it features primarily electronic instruments. This is a great double album, full of interesting sounds, music, and emotions. This is the type of album that should be enjoyed on vinyl for the warmth while lying down in a cozy dark room.

Neuland, which translates to “New Territory”,  is exactly what is explored here. This music is like a portal into new, undiscovered lands. The duo create beauty while still being very experimental. Listen to “Liquid Sky”, which features backward tracks and a creative exploration of electronics.

The album flows together and all the sounds and layers make sense as you listen, concluding with the incredible “Longing In Motion”, music that brings the album to a logical and musical conclusion. As the song ends, it feels like the introduction to the opening track, which gives the listener a wonderful musical cycle feeling by the end. Or is it a  beginning? The new territory does not end for Neuland, the band encourages the listener to further explore their own new lands.

Neuland is music for the mind. It is an album that allows one to escape and move into their head and own territory. It is a work of art and extremely well put together by two very talented individuals. Baumann and Haslinger have created an incredible work with this debut album. It is also very nice to have new music from Mr. Baumann, who continues to astound.

Born and raised in Whitby, Aaron discovered music through his love of The Beatles. This led to a career in radio, writing for various publications, and ultimately a radio show about The Beatles (Beatles Universe), which ran for over four years. When not immersed in music, Aaron enjoys spending time with the loves of his life -- his wife Andrea, and daughters Emily and Linda (all of whom have an intense love of music too).
RELATED ARTICLES
album reviewalbum reviewsblue room
9.0