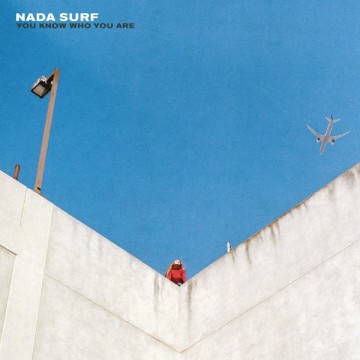 Nada Surf
You Know Who You Are
Barsuk Records

Having gone to their concert in Toronto on November 17th, 2015 at the Horseshoe Tavern (shameless plug) and immensely enjoying the show, I was intently waiting for their 8th album to emerge from the mahogany darkness (…more like Hoboken, New Joisey). “Cold To See Clear” “Believe You’re Mine”, “Friend Hospital”, and “Animal” were previewed at the concert and upon hearing these songs, I knew that this album would be in my wheelhouse and very Nada Surf-esque with it’s mellow pop rock. With Caws, Lorca, Elliot and Gillard back for more, does this idea make up the total ethos of their latest offering?

The album kicks off with the catchy “Cold To See Clear” as Caw’s ethereal vocals float over Elliot’s light touch on drums. Gillard (officially not a newbie anymore) adeptly adds to the haze of this song as one floats off to dreams of long ago. Lorca’s bass playing brings together this great start to the album. With great assertive hooks in “Believe You’re Mine”, “Friend Hospital”, and “Victory’s Yours” (watch for the Gillard’s arpeggiastic guitar fingering), you’ll continue to have a connection to your musical senses. Elliot finally uncages his drumming chops on “New Bird” as Nada Surf ups the energy factor with this faster paced song, albeit a short shift on this album. “Out of the Dark” reminds me of a lower pitched, faster  paced “Jasper” (Hooten Tennis Club) with some welcomed complimentary instruments, the horns! The mellowness continues with “Rushing” and “Animal”, both album gems in their own respective ways. which seem to continue and accentuate the laid back theme of this album. With the faster paced titular album titled track “You Know Who You Are”, Caw does some nice things vocally on this track to switch things up, and we actually hear a more guitar heavy sound from Gillard. “Gold Sounds” could be this band’s “1979” (Smashing Pumpkins), where we hear the bass pumping in the background with the guitar strumming staying within a specific range. This evokes a sense of warmth and fluency as if we were on a magical mystery tour. The album has some nice executions as Nada Surf are in their element while their medium tempo, semi-soft vocal songs will keep you company on those travels to wherever or nowhere.

“You Know Who You Are” comes off as saccharine and some-what emotionally melodic, but I find myself wondering where are the harder tunes (a la “Baccardi”) that I used to know this band capable of? Is this the new mellow pop rock element that Nada Surf will come back to, having left their punkier, harder sound behind them? I was “Waiting for Something” bigger and it didn’t happen, which was disappointing. Feeling too soft and straight edged,  I would have liked more of a change in vocal tone / tempo to balance it out. Makes me wish I could have crawled into the speakers to have a fireside chat with the band to ask them what their vision for the album was, based on previous albums’ variety of thematics. Some may feel that there is a lack of complexity with the songs on this album, but just to be clear, there were no songs on this album that I didn’t like, as there are some on here that are indie radio play worthy. It’s just that after hearing the album a few times, they all started to blend together into one guitar / drum / Caw lead vocalistic journey, with a lack of variety in range / atmosphere from the instrumentals. The wheel remains un-reinvented and the songs are competent (like putting on your comfy pair of shoes) with bright melodies, but I found them lacking in further inspirational energy.

Nada Surf knows who they are (and according to interviews, Caw could care less what we reviewers think about his albums), as they don’t need to be put on a pedestal and praised by mainstream media, nor do they have the weight of heightened expectations by music critics. Maybe I missed the subtle greatness of this album with some of their three chord songs, but they were never genre breaking or about to do a 180 just to change their sound for the sake of doing so to keep fresh. Those of us that have been listening to them already knew that they can crank out some great stuff without even breaking a sweat. We waited this long for a new Nada Surf album and we should continue to do so until the next one, hoping for a slight move forward creatively with more “out of comfort” instrumental textures.

Insert pretentious stuff about me here. I was born at a very young age. I am pretty, funny... without the comma. Easily distracte
RELATED ARTICLES
album reviewsbarsuk recordsnada surf
8.0