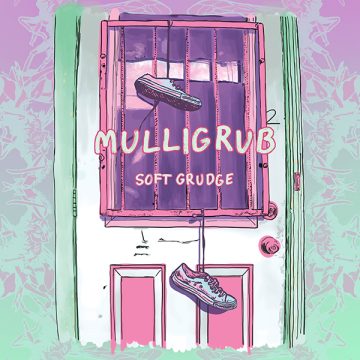 The city of Winnipeg has spawned some major Canadian musicians over the past 50 years, The Guess Who and Neil Young being the most famous. Mulligrub is one of the latest products of The Peg.

Over the past three years, Mulligrub has yielded one solid EP and a great single, blending a quirky style of grunge and country rock. Its first ever LP, Soft Grudge, is basically a combination of their first EP, Pre Grub, and the 2014 single Canadian Classic with a few extra songs added.

The album begins with the single, “Canadian Classic,” which gives a sense of what’s to follow: short, grungy songs with simple, beautiful chord changes. “NFLD” and “Mountains & Houses” demonstrate the band’s ability to make the most of these chord changes, creating a lush, jangly wall of sound.

Soft Grudge is not without its fast-paced tracks, however. “Europe” and “Song About The Man” are prime examples of the band in full throttle. Unfortunately, lead singer Kelly Campbell’s vocals seem out of their element at certain points in these tracks, and the music suffers from it. Having said that, “Anyways However” is a fantastic vocal effort. Campbell really belts it out here.

Mulligrub’s use of the “quiet-loud-quiet” technique sometimes gives their music a Pixies vibe, but the band says it’s “the female DIY indie twee punk Bruce Springsteen, the Canadian Waxahatchee and the American Alanis Morissette.”

Soft Grudge’s weakness is its lack of versatility. While the songs all blend well together this is in fact the biggest downfall on the record. The songs blend so well together at times that it can be difficult to differentiate between them.

All in all, Soft Grudge is a good first effort. Mulligrub successfully blends ‘90s-style grunge with a soft country rock. The results are not always mind-blowing, but the majority of it is pretty darn good.

As a child growing up in the suburbs, Ryan found music as a way to soothe his boredom. After first hearing AC/DC at the age of 10, he was hooked on music. Tracing its roots to the ‘50s, he became obsessed with Elvis, Buddy Holly and Chuck Berry. Somehow that led to grunge, then psych-rock, then jazz, etc. The list goes on and on and his collection of vinyl records continues to grow.
RELATED ARTICLES
album reviewswinnipeg
7.0