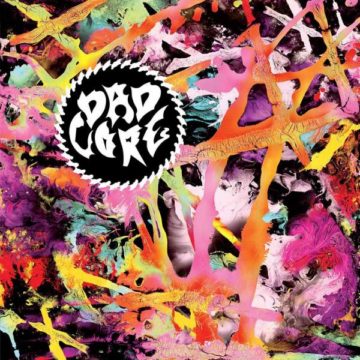 On their third album, Dadcore, Dutch alt-rockers Mozes and the Firstborn diversify their sound even further than on 2016’s Great Pile of Nothing.  Lead single “If I” is a perfectly produced throwback to a ‘90s Golden Age, with fuzzy guitars up front and lyrics of earned angst which Melle Dielesen, his vocals high in the mix (think Pearl Jam’s original Ten mix), delivers with no apologies. “Sad Supermarket Song” is another banger that would have deserved a big-budget visual accompaniment in the Golden Age of the music video, with Dielesen singing of existential conflicts amidst the banality of buying corn and oatmeal at the store.

The majority of the album is composed of more diverse fare, and results vary. The title track itself opens the album and ironically may be its weakest offering, with a too-repetitive chorus and just a bit too much sugar. “Baldy” is an alt-country track, complete with harmonica and spoken word, whose George Jones-style interlude almost sinks the momentum that ‘If I’ started previously. “Blow Up”, a great hip-shaker, seduces the listener early with Corto Blommaert’s slinky bass line, then consistently adds layers as the song progresses.

All in all, Dadcore demonstrates a band looking to expand its horizons. Their fans will no doubt be pleased with this effort, and several of the songs should be live staples.

Wayne grew up in southwestern Virginia on a steady diet of country music before graduating to the Clash, Danzig, Fugazi and the indie and grunge scenes in the 1990s. He lives for live music and writes for Spill as a backup plan in case Trump wins re-election and he needs some Canadian connections.
RELATED ARTICLES
album reviewalbum reviewsburger records
9.0