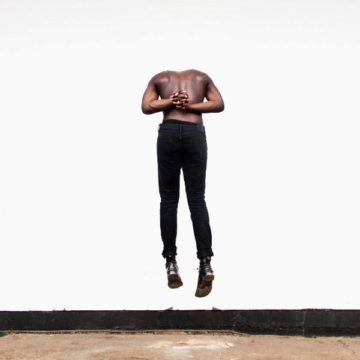 Moses Sumney has been on the music scene since 2014. In 2015 he issued his debut EP on cassette, Mid-City Island. The same year he issued a seven inch single “Seeds” b/w “Pleas” and finally 2016 saw the release of his second EP Lamentations. Both the E.P.’s and single were extremely well received and as a result Sumney was asked to play with artists such as Sufjan Stevens, David Byrne and Karen O to name just three. To say the least, his debut album, Aromanticism, has been highly anticipated.

Sumney does not disappoint but may not live up to the hype either. The album is extremely well produced and is different, interesting and his own. A kind of ambient soul journey through his life. The album is reportedly a concept album about being alone and unloved. The album is more abstract and I am not so sure the concept is carried out. It is more of a soundscape and it plays like a German Expressionist film more than a conventional album.

Let’s be clear, this is not a bad thing. There are some incredible moments on this album. Highlights include, “The Cocoon-Eyed Baby” is fantastic and this is followed up by the stunning “Doomed”. Starting out accapella and slowly bringing in the music throughout produces a chilling moment. His voice is perfect throughout the album, but on “Doomed” he does things with his voice that must be heard to be believed. “From whence does fulfillment come? When I expel, from this mortal shell, Will I die from living numb.” Lyrics that stop you in your tracks and force you to listen.

This is followed by the incredible “Indulge Me”, which closes the album expertly. The trio of songs at the end of this album are worth the price of admission alone. Quiet music that demands your attention, and you gladly give your full attention to his music.

The thing about this album, as good as it is, it has sameness throughout. I kept waiting for a change in the production or a change in the format. Something that would shake up the album. His lyrics are showstoppers, but the music is not very diverse.

All that being said, this is a brilliant debut album from a new artist. Listening to Aromanticism, one realizes that Sumney is at the beginning of a very long career. Listening to his previous E.P.s, one realizes how far he has come in a very short time.

Born and raised in Whitby, Aaron discovered music through his love of The Beatles. This led to a career in radio, writing for various publications, and ultimately a radio show about The Beatles (Beatles Universe), which ran for over four years. When not immersed in music, Aaron enjoys spending time with the loves of his life -- his wife Andrea, and daughters Emily and Linda (all of whom have an intense love of music too).
RELATED ARTICLES
album reviewsaromanticismdoomed
7.0