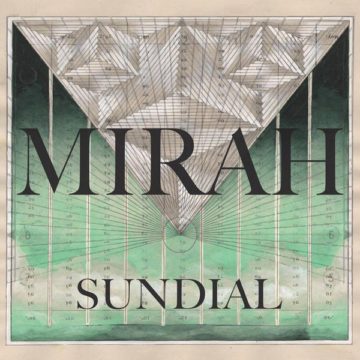 As an artist that fills a room with charisma, excitement and trepidation, singer-songwriter Mirah is captivating with her ease and self-confidence embedded in her sweet folk melodies. The magic behind the New York native’s two-decade long music career is that the strength of her songwriting has always evolved in its recorded output. Raw DIY aesthetics in her early albums to the lush mature production of later releases, like Mirah’s latest record Sundial, is another confident installment of her evolvement.

With only one new track on the 7-song album, Sundial EP takes a retrospective look at Mirah’s past catalogue, going back as far as 2001’s Advisory Committee. The project re-imagines the indie pop songs into sensuous string orchestrations, arranged by LA producer and composer Jherek Bischoff. The most radical of the instrumental re-writings is “The World Is Falling Apart”, turning the slow pulse and quiet hums of the minimalist slow song into a dramatic fervour of violins. Experiencing the highs and lows of pizzicato plucks to sweeping harmonies, the track epitomizes the dynamic joys of a string quartet with Mirah’s inimitable pop stylings.

Testament to Bischoff’s arrangements, the charm that’s signature of Mirah’s music remains front and center: her poetic vocal performance. “Cold Cold Water”, which follows the previous recording’s ebbs and flows, is masterfully written to bring out the emotive overtones of the lyrics. Mirah’s merciless conclusion to the song comes when the strings come crashing down on the final lines, “But if the west can be a desperate place/You search all day for just a taste/Of the cold, cold water.”

Keeping production to a minimum with the sparse rhythm section in “Oxen Hope” and “The Light”, and clean acoustic guitar in “Little Cup” and “Fleetfoot Ghost”, Sundial EP takes on the spirit of a live orchestra, bottled up in a fine record. As icing on the cake, the addition of new song “Sundial”, a string heavy track written in the perspective of plants and what they would say to humans, breathes new life into Mirah’s remarkable repertoire.

Michelle La is a freelance writer based in Melbourne, Australia. She is the Editor of Cat Brain Land, a music blog that loves new and alternative music from Asia and Australia.
RELATED ARTICLES
album reviews
8.0