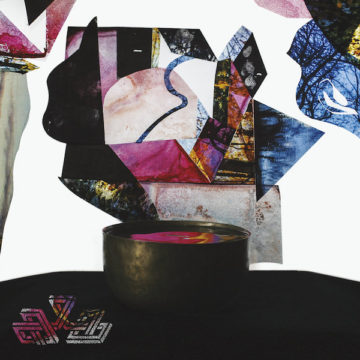 Mind Over Mirrors is the droning solo project of Jaime Fennelly. While this project initially formed in 2007 as a solo project, it has evolved. It utilises the talents of other musicians to flesh out Fennelly’s imagination. On his sixth album, and first for Paradise of Bachelors, Fennelly crafts a predictable album with a few creative moments.

During the winter of 2015, Fennelly ventured out towards the distinct, glacially carved, drift-less region of Wisconsin to begin recording the harmonium and synthesiser backbone of Undying Color. Fennelly’s harmonium has always been central to Mind Over Mirrors, and that hasn’t changed. His latest release has expanded via the use of an Oberheim synth and increased texturing with vocals overlaying strings. These newly utilised elements round out Undying Color’s sound and produce a much fuller sounding album.

Throughout “Gray Clearer”, we are treated to a thickly layered wheezing dirge of harmonium that ebbs and flows elegantly across the six and a half minute track. While on other tracks such as “Glossolaliac”, vocals play a more prominent role and we get to hear Haley Fohr’s voice become entangled within the thick instrumentals. Unfortunately, while the experimental and droning nature of these songs is their hallmark it can also be their shortcoming. On the momentous twelve-minute track “Gravity Wake” we get to experience the vocals of Fohr alongside Eleventh Dream Day and Freakwater member Janet Beveridge Bean. This creates an interesting textured tune, yet it fails to maintain intrigue throughout its entire runtime.

Undying Color is an appealing addition to the drone. With his expanded in-studio ensemble, Fennelly continues to echo the influence of vintage experimental electronic music while proving that there is still new ground for composers to trod upon.

I am an Edmonton based musicophile and photographer who loves experiencing music whether it's live or on my turntable. I play seven instruments and go to a lot of concerts.
RELATED ARTICLES
album reviews
7.0