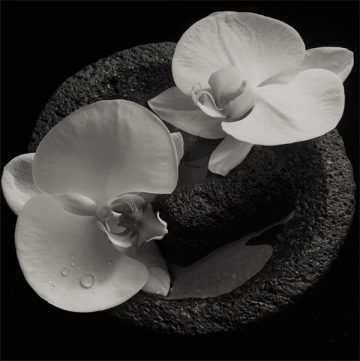 There are many names for the incarnations of the musical mind of Faith No More’s Mike Patton, Mr. Bungle being one of many. But there are two things you can’t call his music — boring and repetitive.

Throughout his long career, with the mind-boggling diversity of his Ipecac label, there isn’t a thing he hasn’t done with his music,  from heavy rock, to hip hop, to opera, to experimental.

As a true musical chameleon who has hardly made a misstep, Patton does it once again with Corpse Flower.This time it is in collaboration with some of the most original and seasoned hands in modern music, French composer and arranger Jean Claude Vannier, best known as the constant collaborator of the one and only, late great Serge Gainsbourg.

Corpse Flower, mindfully released on a Friday the 13th, is certainly a candidate for one of the best albums of the year. It sounds like something the late Gainsbourg would have done in 2019, this time seen through Patton’s eyes and underpinned by Vannier’s exquisite arrangements. It is no wonder that Patton and Vannier met while working on a Gainsbourg retrospective at the Hollywood Bowl in 2011.

Helped by an excellent crew that has worked with the likes of Beck, Air, and Johnny Cash among others, Patton and Vannier are unstoppable. They are able to bring forward some dark-tinted images through music that is, above all, utterly lush and listenable. Corpse Flower is an unmissable musical experience.

Formerly a lot of things, including a journalist and a translator, currently a freelance writer living in The Netherlands.
RELATED ARTICLES
album reviewalbum reviewsfaith no more
9.0