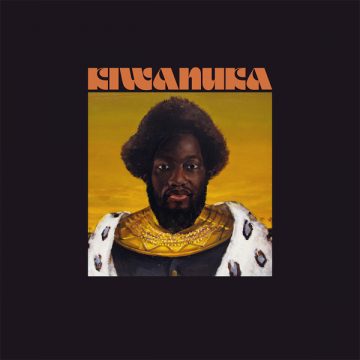 Michael Kiwanuka has built himself a reputation as an innovative, talented, and soulful musician. How does one possibly follow an album like 2016’s Love & Hate? With his third release, self-referentially titled Kiwanuka, he continues to move in new directions, building on his successes while growing in ways that showcase the depth of his musical talent.

The opening moments of “You Ain’t The Problem” evoke a sense of warmth similar to Home Again. Then the jarring distortion comes in, a bold move for Kiwanuka that marks this album as a clear departure from his previous work. It is these moments of grittiness and harsh dissonance that make this album unique.

Nevertheless, Kiwanuka’s roots are present throughout the album. From the gospel call-and-response backing vocals of “I’ve Been Dazed” to the groove of “Hero” and instrumental build of “Hard To Say Goodbye”, Kiwanuka maintains his retro-soul core while sharpening the edges.

Unfortunately, the album is not entirely consistent throughout. The mid-section from “Piano Joint (This Kind of Love)” to “Hero – Intro” is weak, as the shorter intro and interlude tracks bog down the album. However, the power of the four final tracks more than make up for some of the album’s weaker moments.

The hard part of having formerly released high-quality music is that it sets a precedent. Kiwanuka is a solid effort to move away from his previous work, while still building on the elements that make him successful. At times, it doesn’t all come together quite as well as we would hope, but Kiwanuka continues to push the boundaries of the retro-soul sound and the strong moments on Kiwanuka hit hard.

Kieran Davey is a freelance writer and music enthusiast from Vancouver, Canada. He particularly enjoys alternative rock, groovy hip-hop, and basically any music from the 60's. Aside from reviewing music, he also loves playing guitar and spending time in nature.
RELATED ARTICLES
album reviewalbum reviewshero
9.0