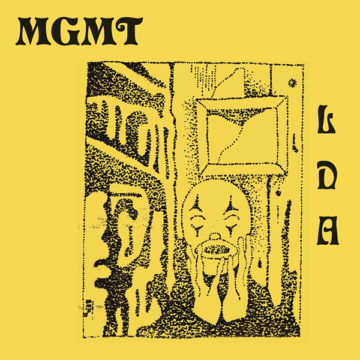 After meeting at Wesleyan University in the early 2000s, Brooklyn-based MGMT has returned with their fourth album, Little Dark Age, with highly-mixed results. Following their breakout debut, 2007’s Grammy-nominated Oracular Spectacular, 2010’s Congratulations, and 2013’s self-titled MGMT, I must admit I expected more.

Produced by MGMT, Patrick Wimberly and long-time collaborator Dave Fridmann, the new album is a hit-or-miss affair, with solid tracks like the title cut, along with “She Works Out Too Much,” “One Thing Left to Try,” where lead vocalist Andrew VanWyngarden channels Robert Smith of The Cure, and the final track “Hand It Over,” which probably sounds especially great when you’re high.

A middling effort from a band who showed so much promise when they first arrived on the scene a decade ago.

The tour for Little Dark Age hits Montreal and Toronto in March, and Calgary and Vancouver in May. The band headlines Riverfest in Elora, Ontario on August 19.

Gerry Young is President of Current Records and Management, and author of the 2011 biography Pop Goes The Weasel: Rock And Roll Off The Record, available at Indigo/Chapters, Barnes & Noble, and Amazon.com. He has recorded and managed Juno Award winning bands Martha And The Muffins and The Parachute Club among others.
RELATED ARTICLES
album reviewssony music
8.0