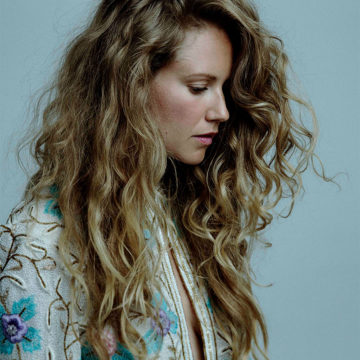 Three albums into her musical career and Megan Bonnell is ready to become a name that is recognizable beyond Canadian borders. While her previous two albums, Hunts and Chase and Magnolia, have given her wider exposure in Ontario and particularly Toronto area as well as getting her two-time Canadian Folk Music Award nominations, Separate Rooms, her third album could bring her much wider recognition she deserves.

One of the key elements you can notice on Separate Rooms is the musical diversity Bonnell uses to transmit her message. From the Cocteau Twins inflected introduction of “Breakdown”, to upbeat pop of the title song, to Kate Bush style dramatization of “Radio Silence” to new wave-ish sounds of “I’m Gonna Kill You”.

The last track brings us to the other key element of Separate Rooms, and that is Bonnell’s lyrics. If you are looking for some chirpy or sparkly words, you just might try something else. Continuing the dark lyrical trend of her previous album, Bonnell goes even a step further on this album. Here she examines all those dark corners and shadows, from mental illness (“Breakdown”) to lost relationships (title-song). But, instead of getting lost in self-pity, with her lyrics Bonnell presents a sobering-up experience – for herself and for her listeners.

What is particularly refreshing with Separate Rooms is that this musical diversity that often includes elements of sophisticated pop gels seamlessly with Bonnell’s dark lyrics. Separate Rooms is an album that begs to be heard.

Formerly a lot of things, including a journalist and a translator, currently a freelance writer living in The Netherlands.
RELATED ARTICLES
album reviewscadence music groupmegan bonnell
7.0